“Doctor Lawyer” is a new drama about a genius surgeon who becomes a medical malpractice lawyer after losing everything due to a rigged surgery and a prosecutor who loses her only family and lover through that same surgery. Together, they set out to punish those who believe that the importance of a person’s life can be ranked based on their wealth and power.

In what will mark his first drama role in four years, So Ji Sub will be starring as the titular medical malpractice lawyer Han Yi Han, who changed careers after a devastating incident in the operating room. Im Soo Hyang will star as Geum Seok Young, a passionate prosecutor who believes firmly in justice.

As the drama gears up for its premiere on June 3, MBC has released a dramatic new poster spotlighting lead So Ji Sub. The bottom half of the poster shows Dr. Han Yi Han displaying composure and an air of cold professionalism as he rushes to save someone’s life, while the top half captures his determination and thoughtful empathy through the concerned look in his eyes.

The poster’s caption reads, “The courtroom and the operating room are alike. There, our remaining lives can either come to an end or start anew.” 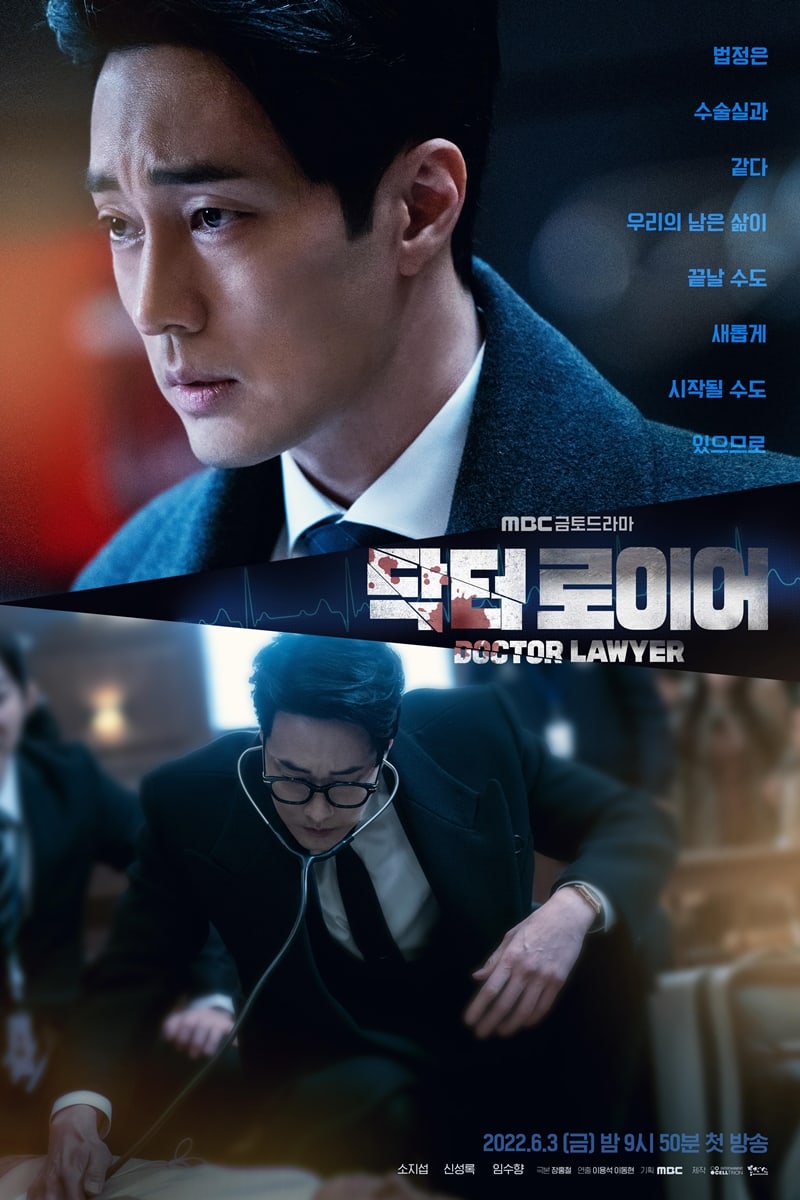 The producers of “Doctor Lawyer” remarked, “From an actor’s point of view, a lot of preparation and effort is needed in order to play a character who is a professional like a doctor or a lawyer. To add to that, the protagonist of ‘Doctor Lawyer’—Han Yi Han—is both a doctor and a lawyer. He is definitely not an easy character to play.”

“Through his extremely thorough and passionate effort, So Ji Sub is bringing to life the doctor-lawyer Han Yi Han, who is sharpening his sword for revenge,” they continued. “We think this special poster does a good job capturing So Ji Sub’s presence. You’ll be able to see even more powerful, passionate, and impressive acting from So Ji Sub in the drama. We ask that viewers show lots of interest and anticipation.”

In the meantime, watch So Ji Sub in his previous drama “My Secret Terrius” below!