Seo Hyun Jin Is Terrified And Covered In Blood In New Mystery Romance Drama “Why Her?”

SBS’s upcoming drama “Why Her?” has revealed an intriguing sneak peek of a suspenseful moment!

“Why Her?” is a new mystery romance drama starring Seo Hyun Jin as the titular Oh Soo Jae, a coldhearted lawyer who has grown empty after only chasing success, and Hwang In Yeop as law student Gong Chan, who would do anything to protect her.

As the talented youngest partner at TK Law Firm, the cold and cynical Oh Soo Jae is full of ambition and a burning desire to win at all costs. When she suddenly falls from grace in the blink of an eye, she crosses paths with the deeply empathetic Gong Chan, who is hiding painful scars of his own.

In newly released stills from the upcoming drama, the typically poised Oh Soo Jae loses her composure as she finds herself in the midst of a shocking incident. Eyes wide with fear, Oh Soo Jae stares at something outside the frame in disbelief, her white dress noticeably spattered in blood.

The next photo captures Oh Soo Jae looking numb as she walks alone late at night, the usual sharp glint in her eyes replaced by a chillingly empty gaze. 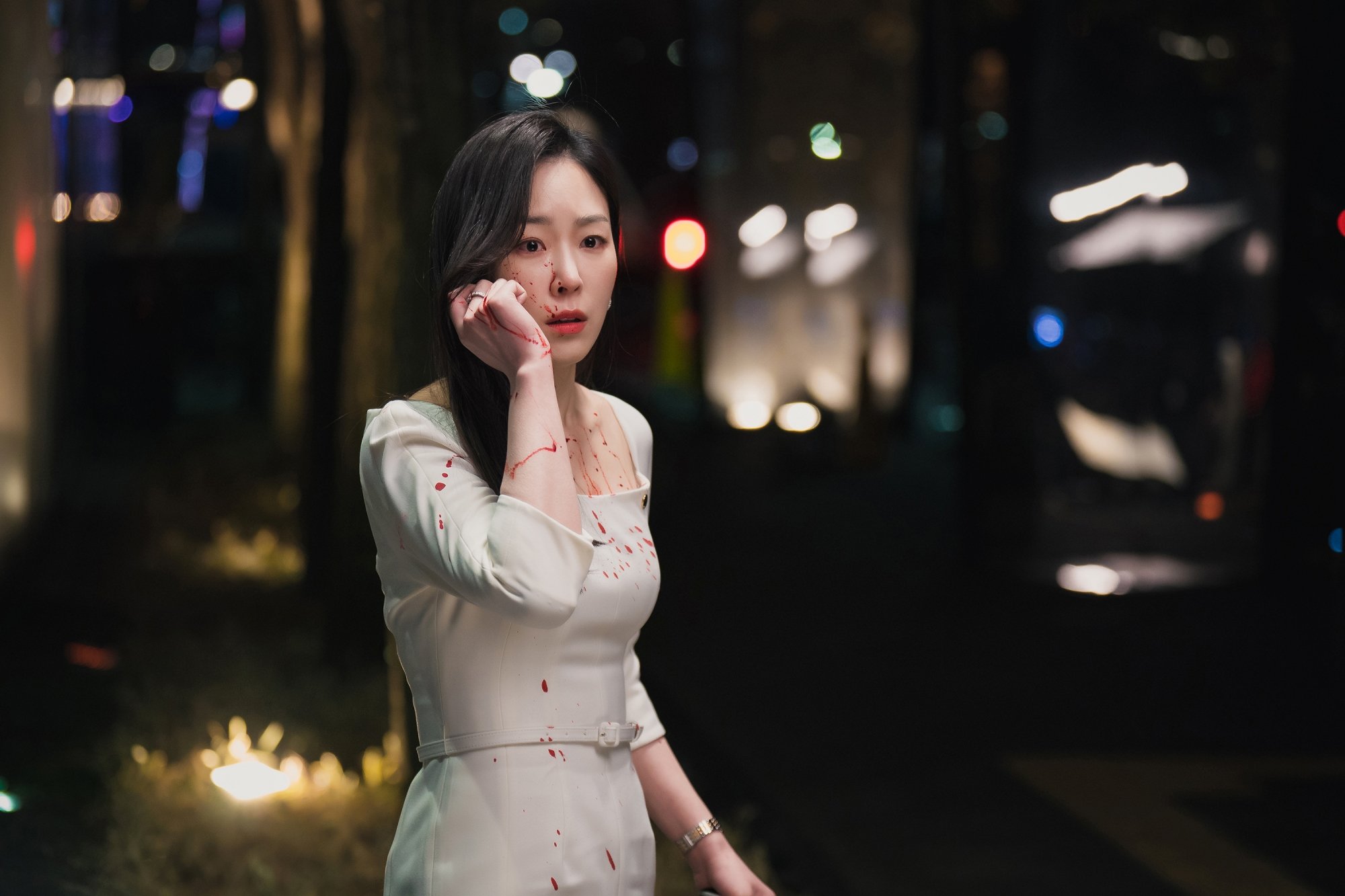 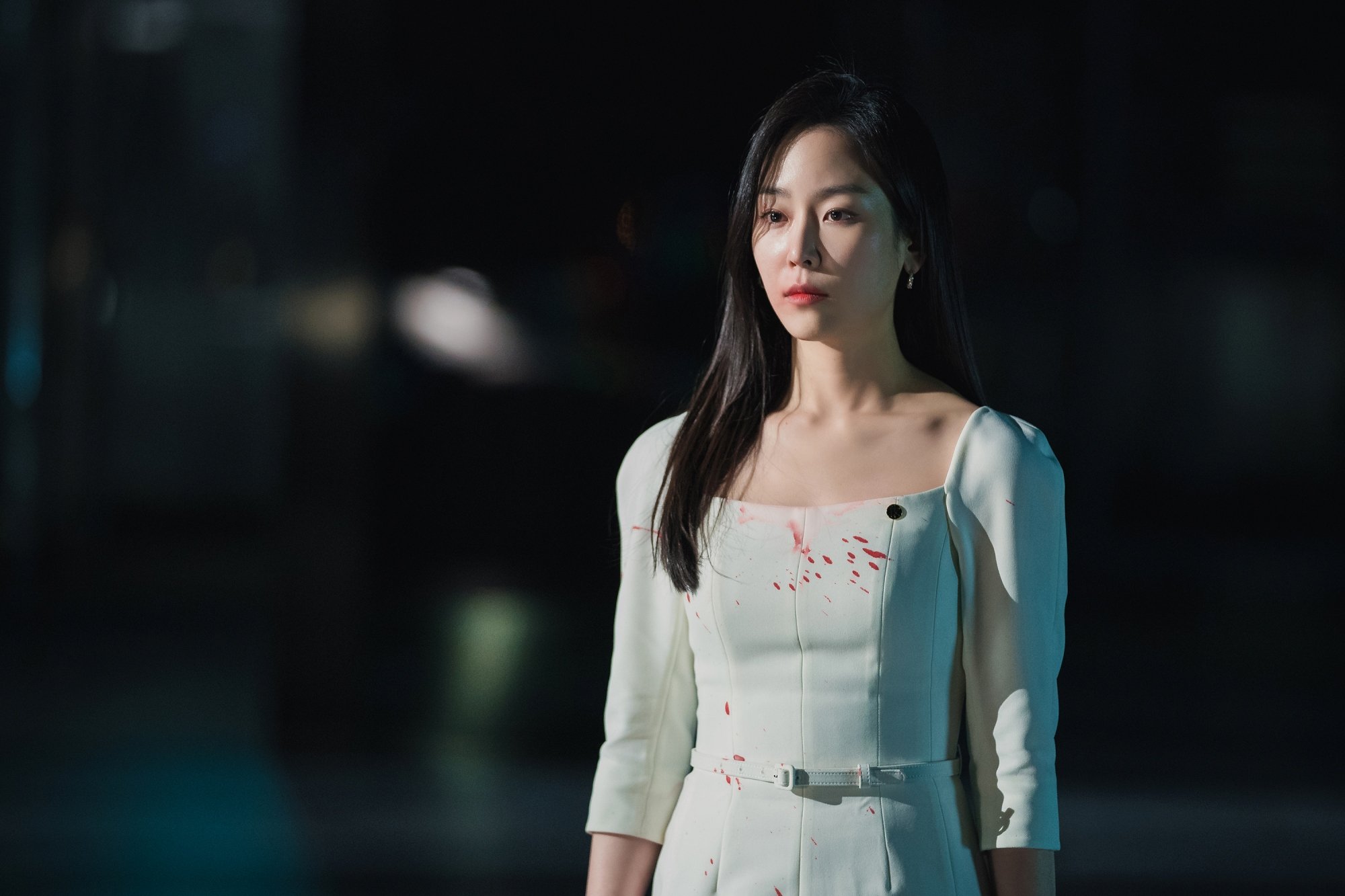 According to the producers of the drama, this blood-stained night will suddenly put the brakes on Oh Soo Jae’s high-flying law career.

“Just as Oh Soo Jae nearly had success within her reach, her life will fall into danger once again due to an unexpected incident she could never have imagined,” they said. “From the start of the very first episode, a spectacular plot will unfold in a fiery whirlwind that will make it impossible for you to look away.”

Why Her?” premieres on June 3 at 10 p.m. KST and will be available with subtitles on Viki.

In the meantime, check out a teaser for the drama with English subtitles below!