Big Hit Music has officially kicked off its global auditions for 2022!

On June 6 at midnight KST, Big Hit Music released a creative video announcing the start of its latest round of global auditions.

Starting this month, the agency will be holding on-site auditions in seven different cities around the world: Big Hit Music will be looking for new talent in Los Angeles on June 25, Toronto on July 2, Sydney on July 16, Bangkok on July 30, Taipei on August 13, Tokyo on September 3, and Seoul on September 18.

For those unable to attend one of the on-site auditions in person, Big Hit Music will also be holding auditions online. Registration for online auditions will run from June 6 to September 18, while those auditioning in person will not need to register in advance (applicants can sign up in person at the venue).

Big Hit Music is currently looking for males born in 2002 or later who are interested in vocals, rap, dance, producing, and more. 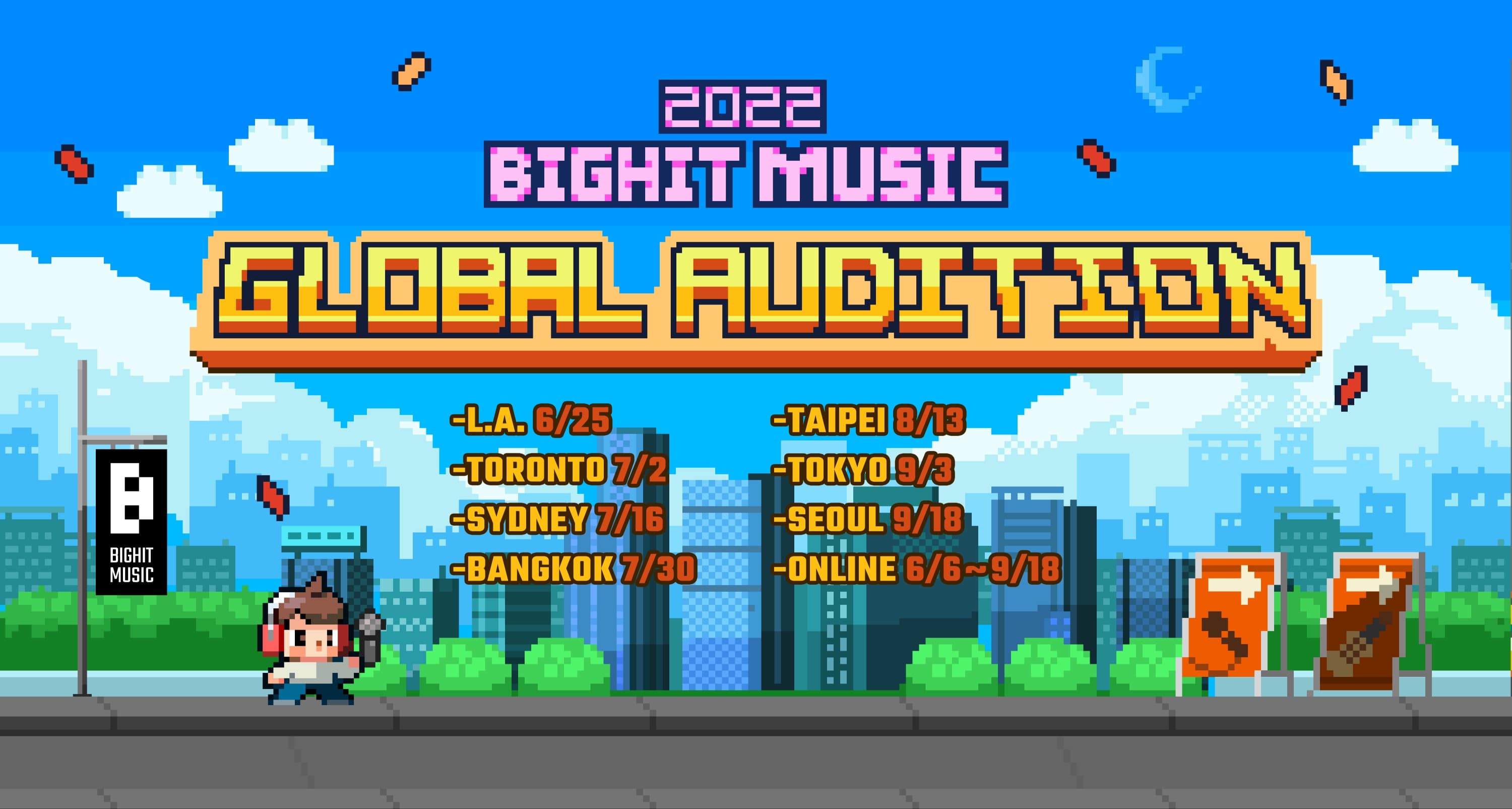 For more information on the audition process—or to apply for online auditions—you can visit the agency’s official website here.