3 Key Points To Keep An Eye On In The Second Half Of “Why Her?”

SBS’s “Why Her?” is gearing up for its second half!

“Why Her?” is a new mystery romance drama starring Seo Hyun Jin as the titular Oh Soo Jae, a coldhearted lawyer who has grown empty after only chasing success, and Hwang In Yeop as law student Gong Chan who would do anything to protect her.

Below our three key points to focus on as “Why Her?” enters its second half!

A subtle change has been occurring in Oh Soo Jae and Gong Chan’s relationship. Since the case involving Park So Young (Hong Ji Yoon), Oh Soo Jae continued to face trouble, and each time Gong Chan stepped up to rescue her. Although she tried to push him away because she felt like her real self that was hidden away was being revealed, Oh Soo Jae’s heart began to melt with Gong Chan’s warm sincerity. However, between them is the huge secret they have yet to bring up, which involves their first meeting from 10 years ago. Viewers are curious to find out if Oh Soo Jae remembers defending Gong Chan in the past when he went by his birth name Kim Dong Goo (Yu Gene Woo) and if the truth will change their relationship. 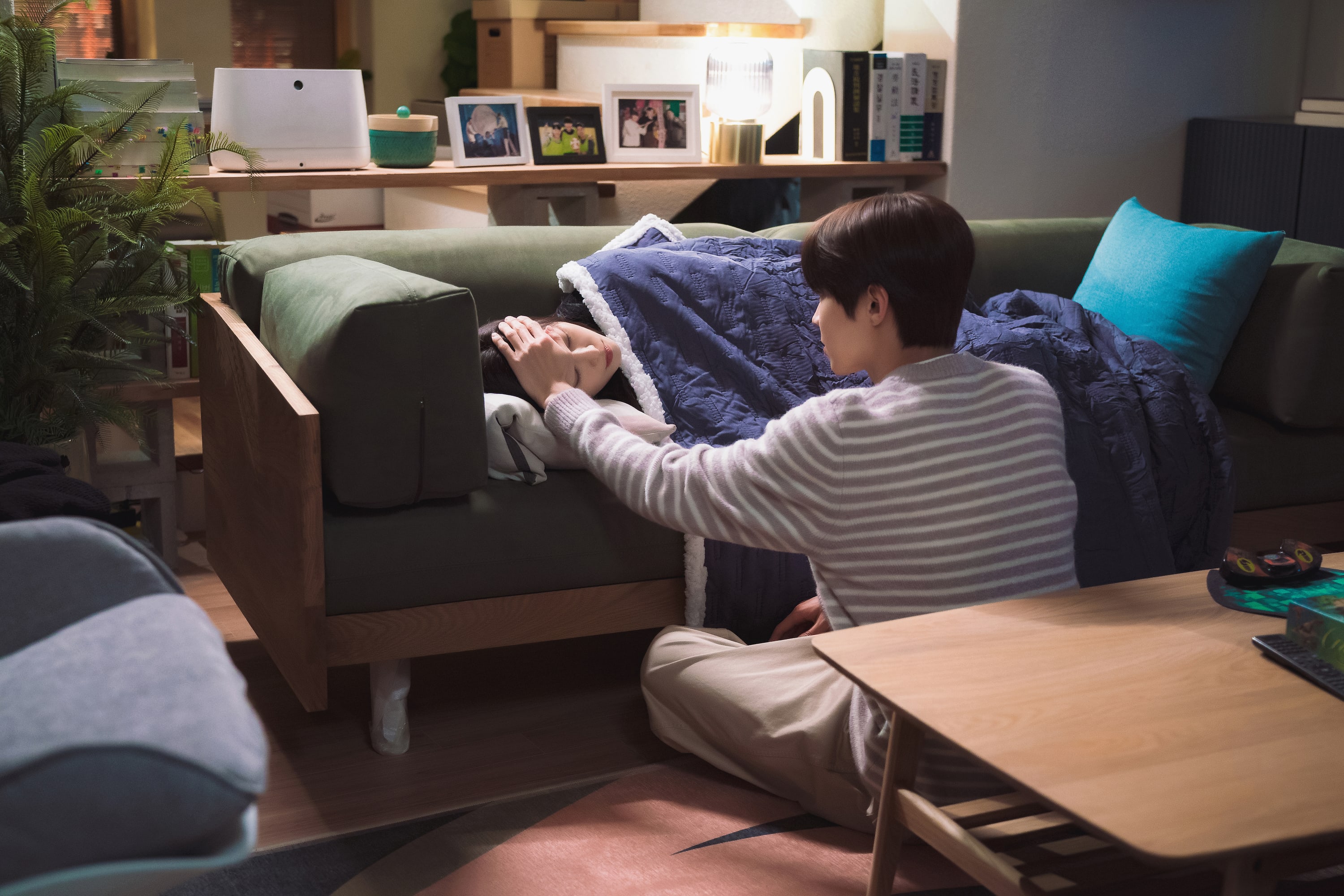 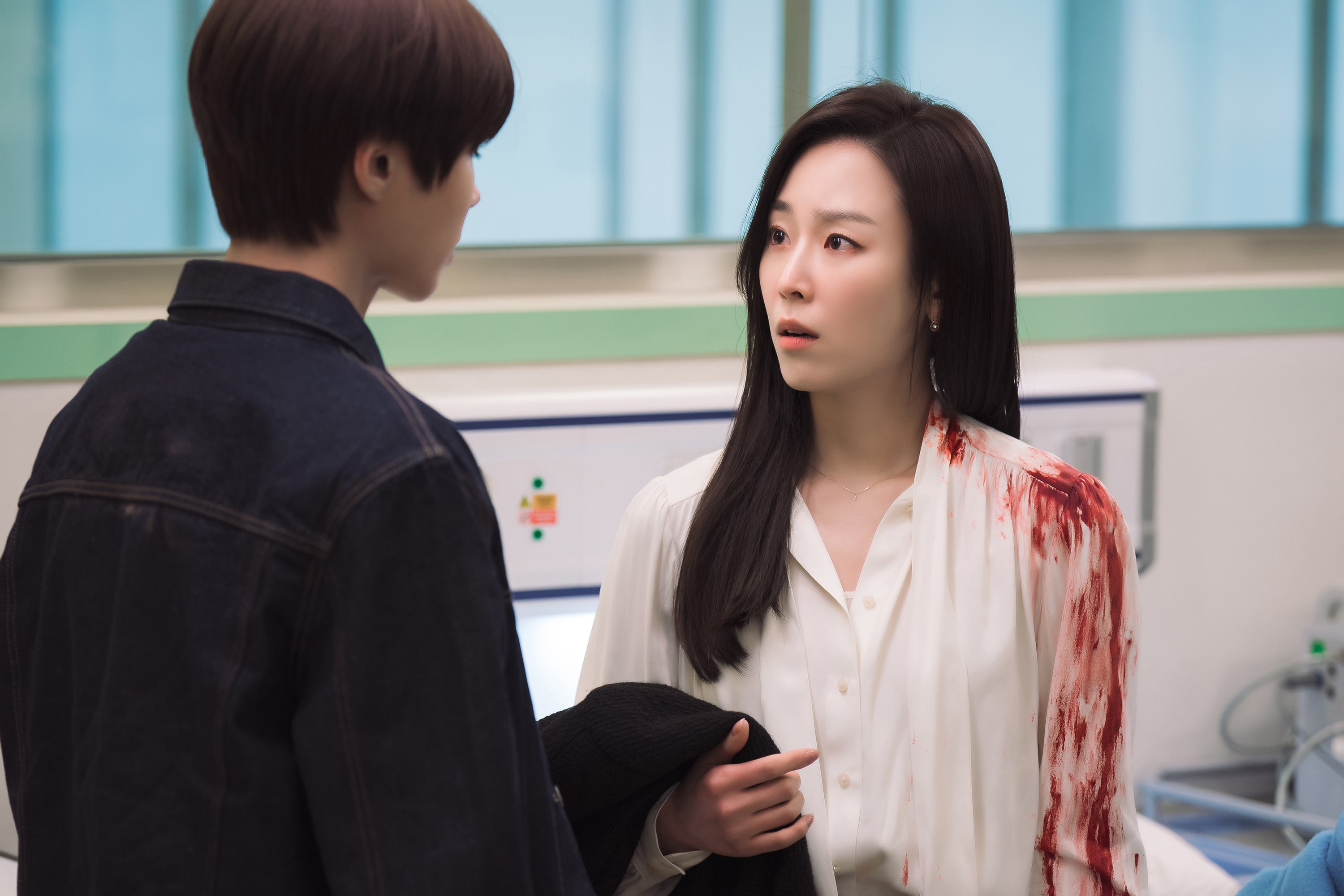 Oh Soo Jae and TK Law Firm’s head Choi Tae Guk (Heo Joon Ho) have been attacking and counterattacking one another constantly, creating tension in the story. Eight years ago, Oh Soo Jae became pregnant with Choi Joo Wan (Ji Seung Hyun‘s) child, but she had a stillbirth and was reduced to being tossed aside by Choi Joo Wan and his father Choi Tae Guk. Despite this, Oh Soo Jae worked with Choi Tae Guk, who promised her success and power, in order to fulfill her goal of getting revenge. Due to Hong Seok Pal’s (Lee Chul Min‘s) death, Oh Soo Jae realized just how cruel of a person Choi Taek Guk is. Viewers are highly anticipating the next face off between Oh Soo Jae and Choi Tae Guk, who know each other better than anyone else, as they hide their true intentions behind their cold gazes and smiles. 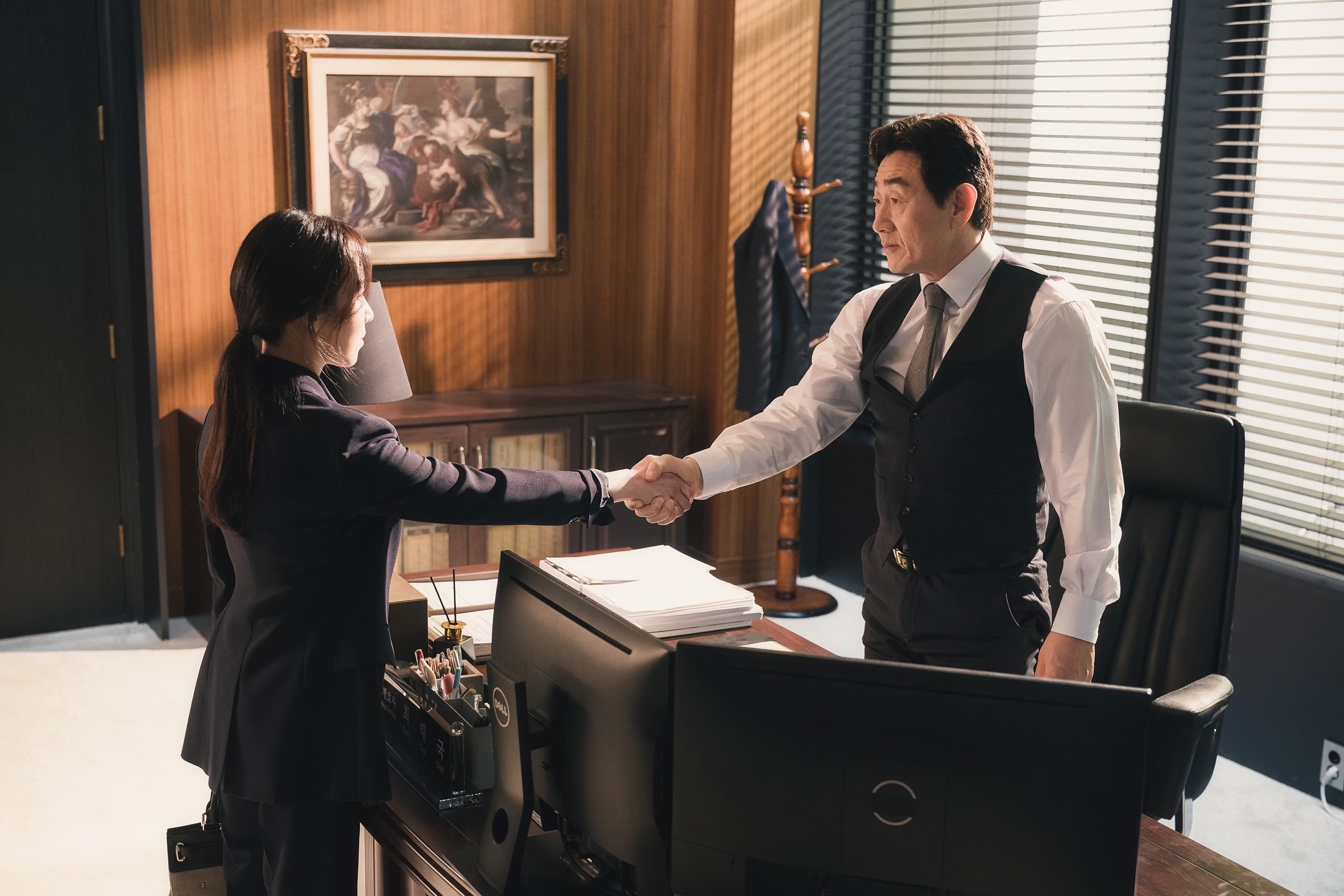 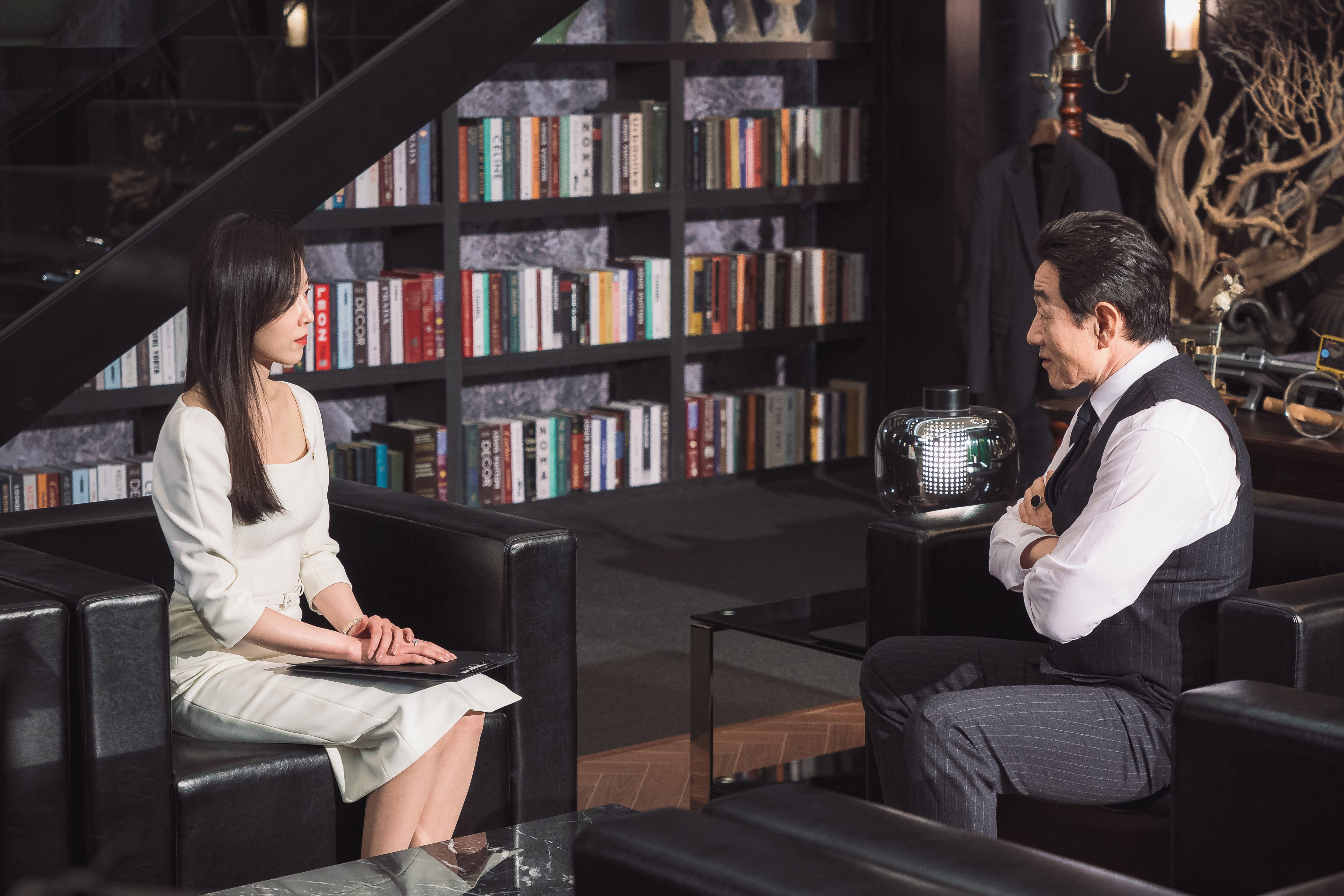 As the episodes progress, mystery continues to build. First remains the question of the identity of the real culprit who murdered Gong Chan’s step-sister Jeon Na Jung (Hwang Ji Ah). Gong Chan was accused of being the culprit immediately after the incident, and it remains suspicious that Noh Byung Chool (Kim Han Joon) turned himself in and was released from prison after one year. Not to mention, Seo Joon Myung (Kim Young Pil), who did not hesitate to manipulate evidence and induce confessions as the prosecutor in charge in the past, was also involved in the case. 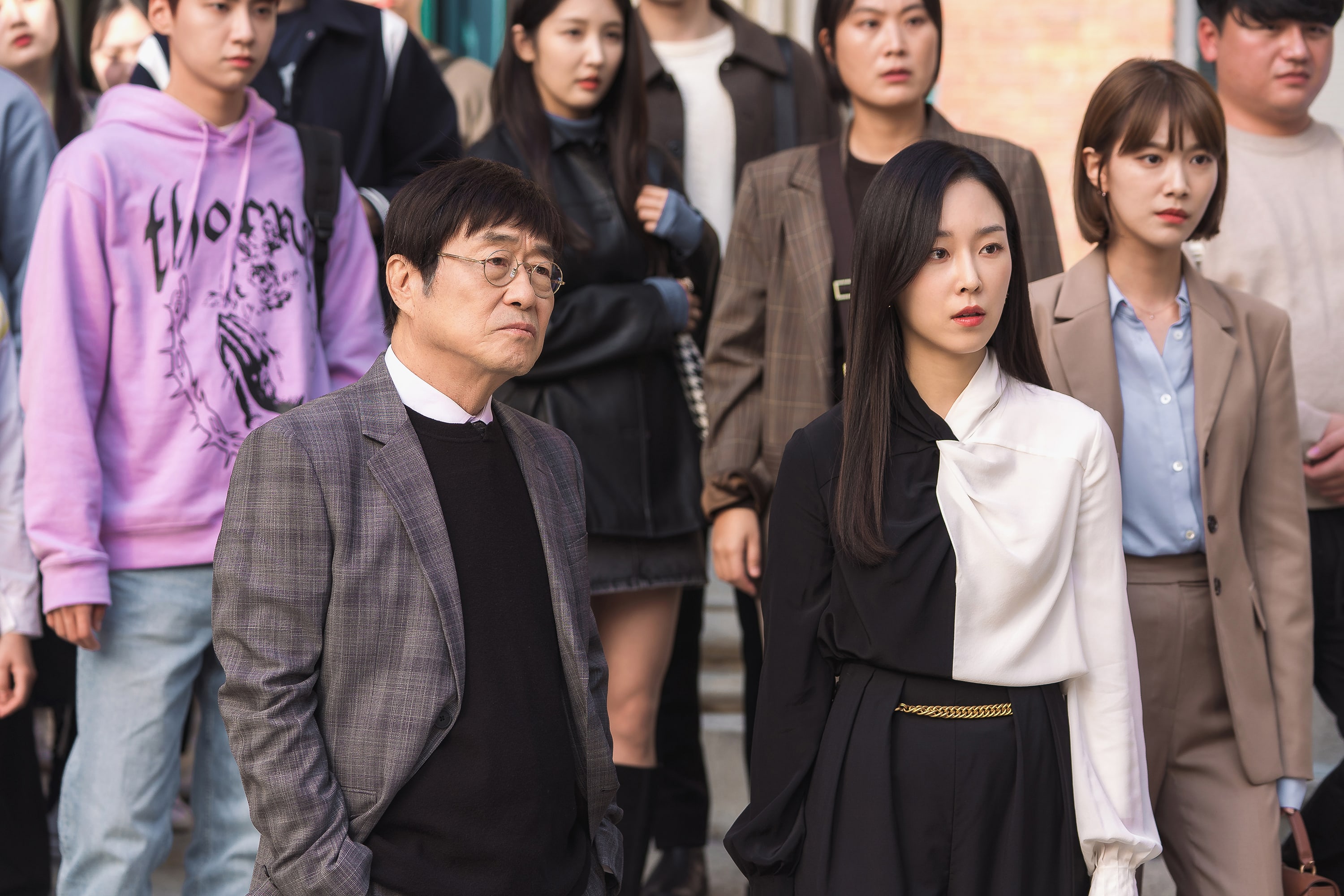 Second, the identity of the mastermind who incited Hong Seok Pal to murder Park So Young remains to be revealed. Suspicions were added when Park So Young was revealed to be pregnant and had checked who the father of the fetus was. Furthermore, viewers are curious about the link between Yoon Se Pil (Choi Young Joon) and Baek Jin Ki (Kim Chang Wan), who dream of Choi Tae Guk, Han Sung Bum (Lee Kyung Young), and Lee In Soo (Jo Young Jin) falling into ruins, as well as Kang Eun Seo (Han Sun Hwa), who is living with the trauma of being a victim of sexual violence and a car accident in the past. 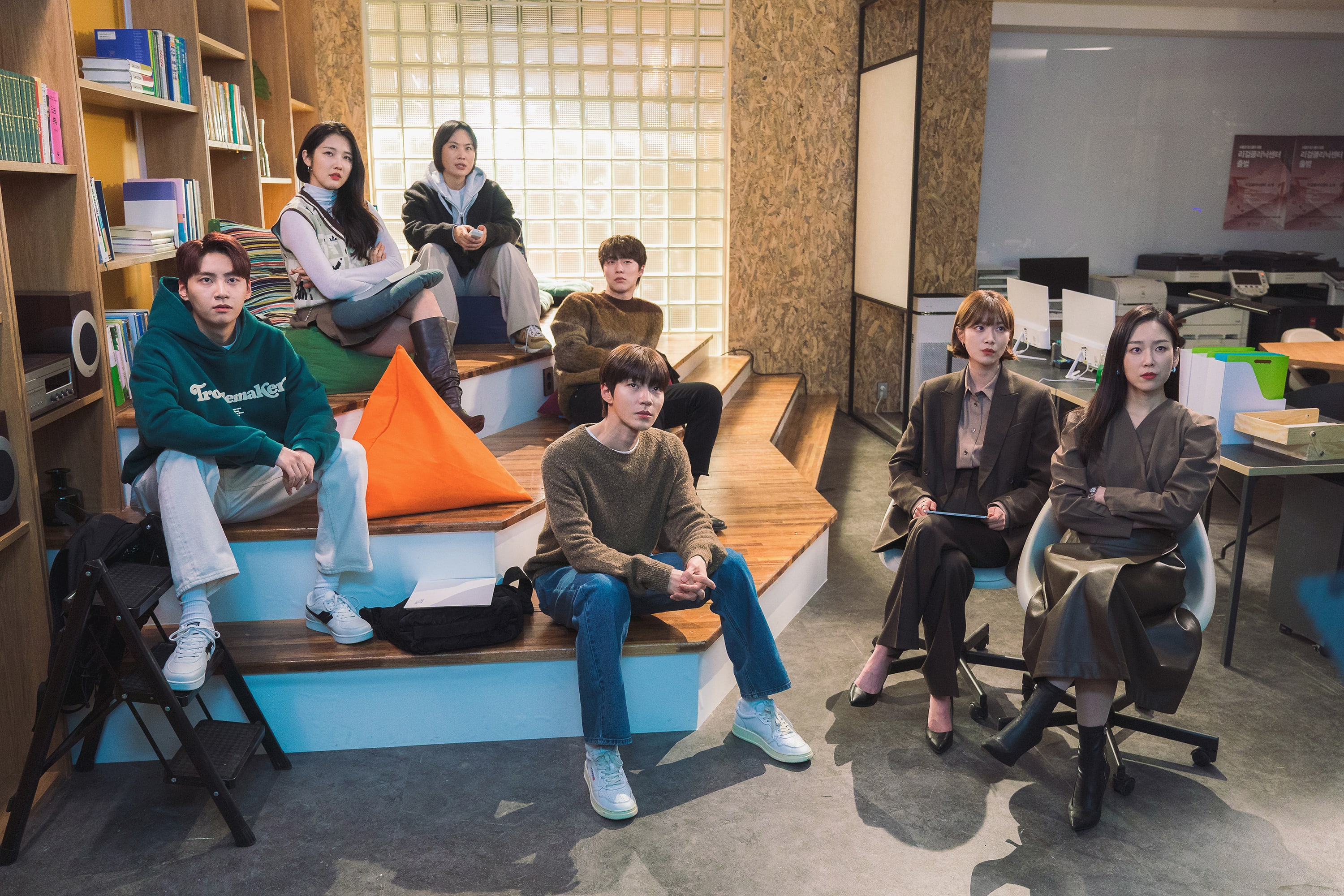 Catch up with the drama below!