Chorong And Yoon Bomi On Debuting As Apink’s 1st Unit, Their Similarities And Differences, And More

Apink’s Chorong and Yoon Bomi recently teamed up with GQ Korea to talk about their upcoming unit debut!

Although Apink has released songs and performed at their concerts with different units, Yoon Bomi and Chorong’s upcoming CHOBOM unit is the group’s first official unit debut. Bomi explained how this came to be, sharing, “For a long time, we’ve often heard that we look like twins. From when we were trainees. Since we heard it so often, I think we thought about [debuting as a unit] vaguely, but as if it were obvious to happen.”

She added that plans went into full force right after Apink wrapped up their “Dilemma” promotions. Chorong then revealed that Bomi worked extremely hard for their upcoming unit album, even personally preparing presentations with regards to their concept, costumes, b-sides, music video, and more. Bomi chimed in with a giggle, “It was to the point where I asked them to list our names as producers.” 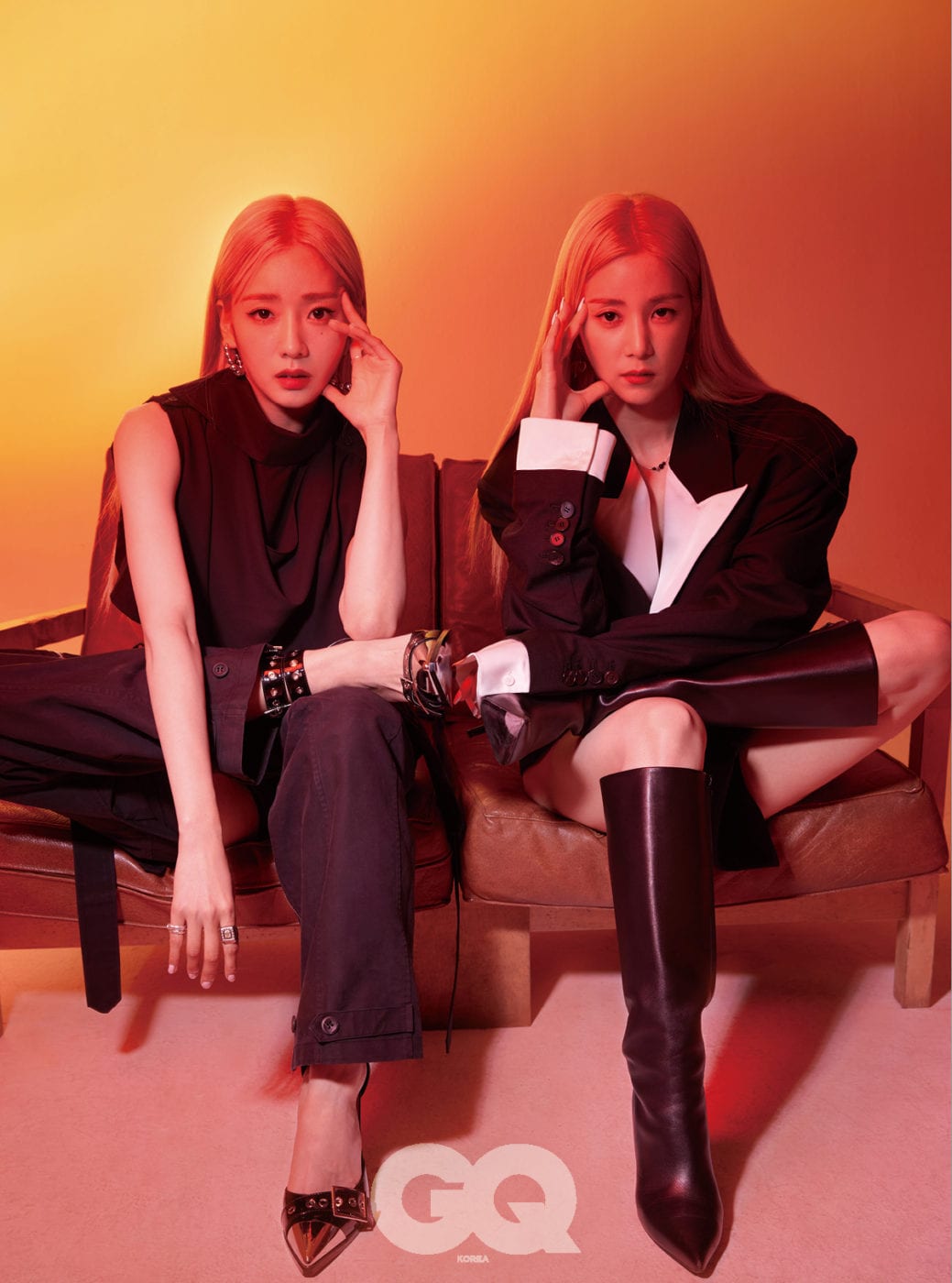 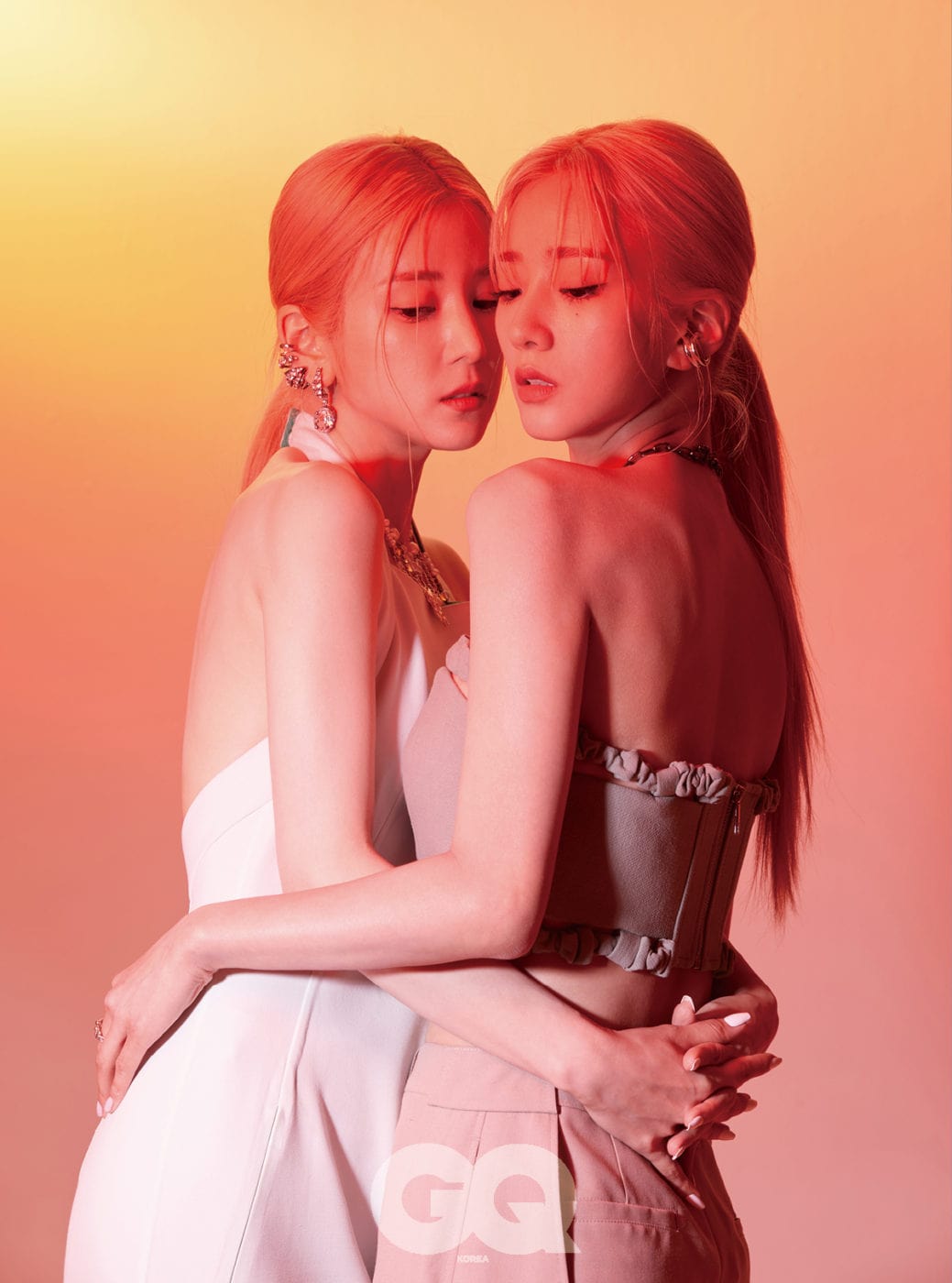 When asked how their unit preparations differ from working with a full group, Chorong answered, “The biggest difference is the progression speed. Our unit moves quite easily. That’s because Apink has five members. There are a lot of people to get approval from. And within that, there are people like Bomi who don’t reply…”

Although they often hear that they look alike, the interviewer also asked the Apink members how they are alike in non-physical ways. Bomi replied, “The way we think about Apink?”

When the interviewer expressed confusion at her seemingly curated answer, Bomi elaborated, “It’s the truth. To explain myself more, our unusual obsessions? Chorong is the oldest [Apink member] and I’m right after. I don’t know if it’s because we’re the oldest in our team but I think we have a bigger sense of responsibility. When I was a trainee, my dream was to become a singer, but now, Apink has become my dream. That’s how big [my obsession with Apink] is.”

At the same time, the girls were easily able to describe key differences between them. Bomi shared, “For starters, I have an extremely open personality. Completely open! On the other hand, Chorong is conservative. And she’s elegant. For example, I’m comfy at home. But [Chorong] gets shy and embarrassed even in front of our members. But it’s her house! Right?”

Chorong shyly agreed and continued, “Also, Bomi is independent. She does anything and everything well on her own. But I have the personality where I’m afraid to do things alone. Someone always has to be with me. That’s why I always ask, ‘Bomi, do you want to go here together?’ ‘Do you want to try doing this together?’” 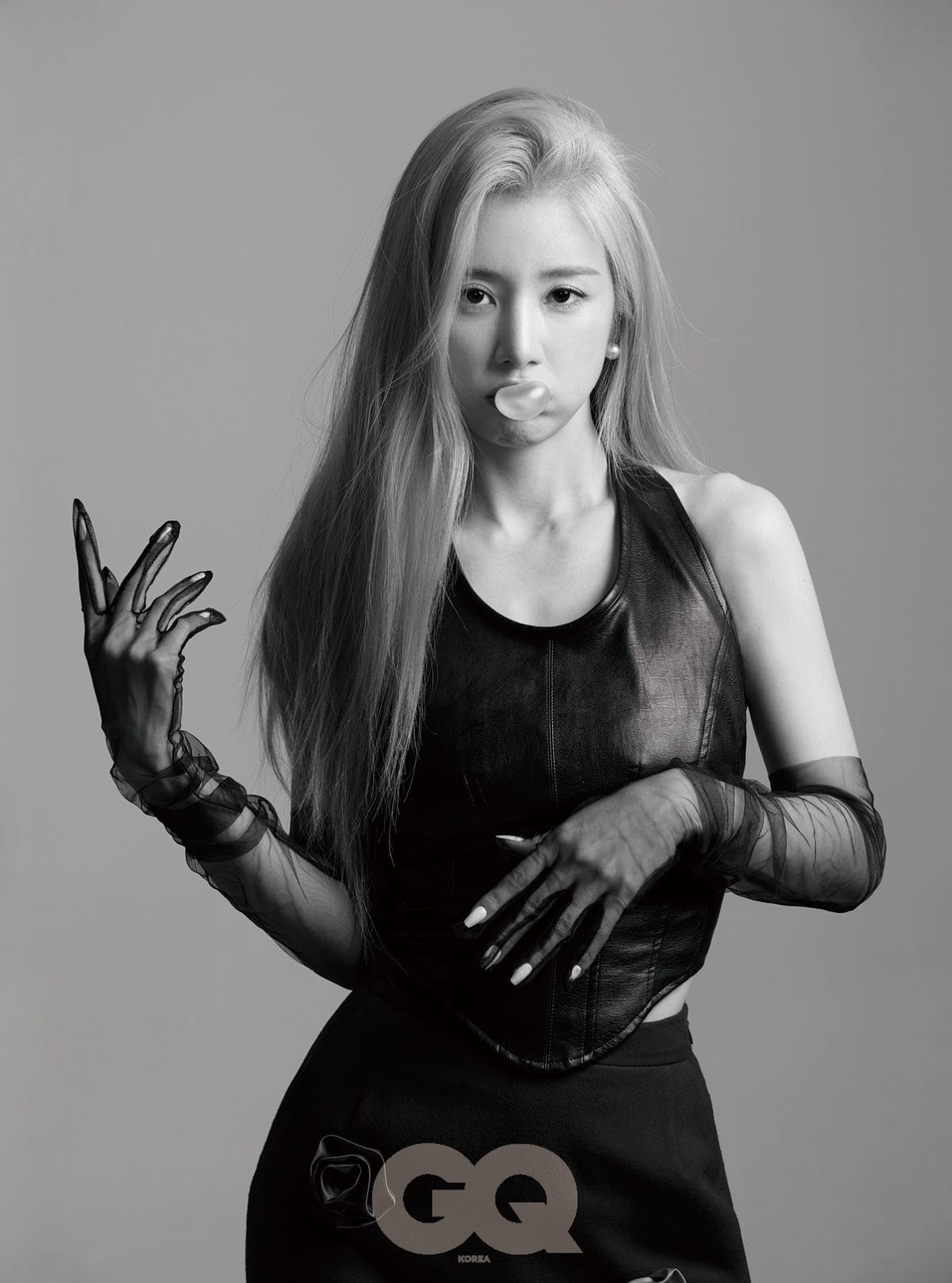 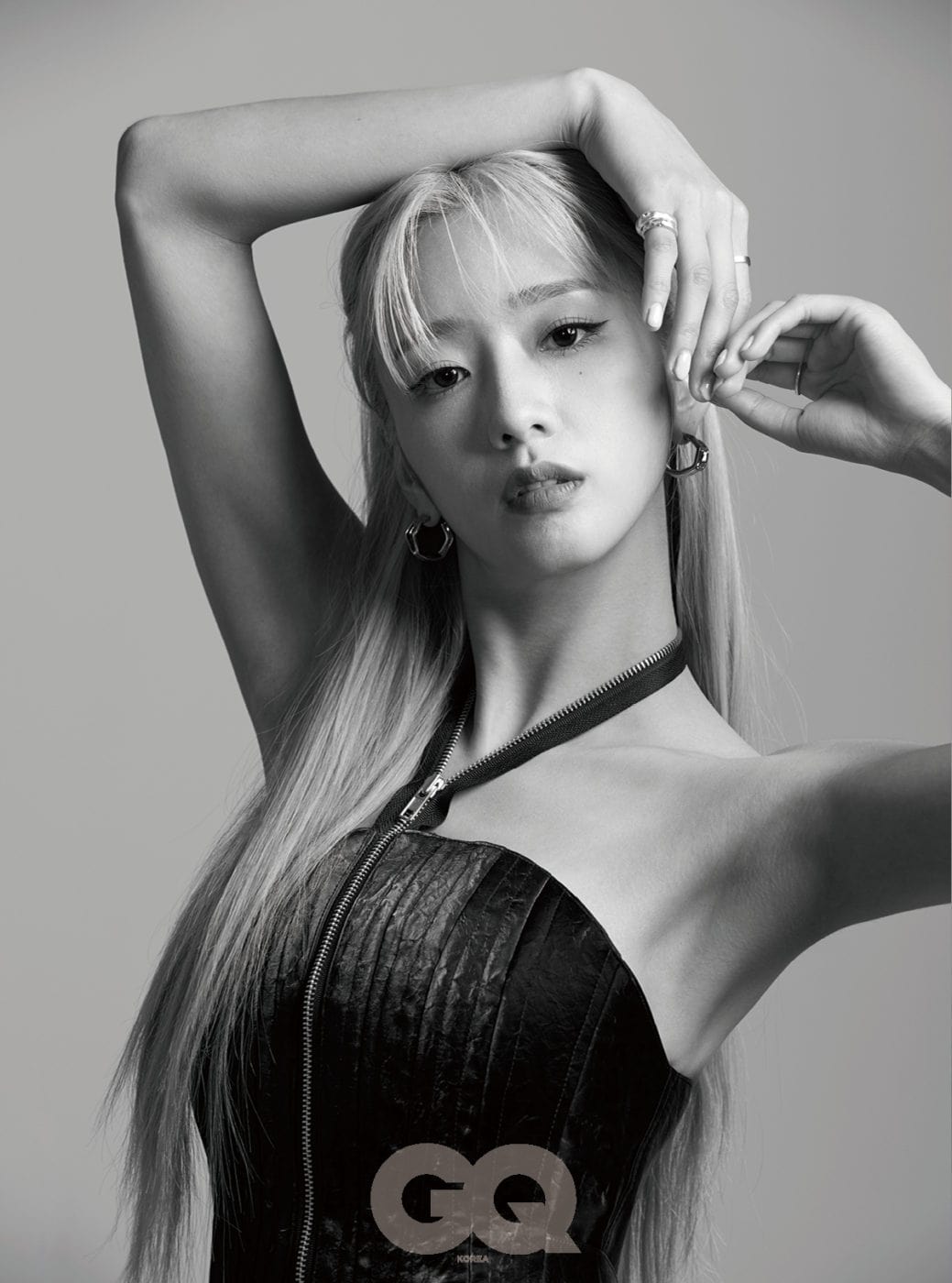 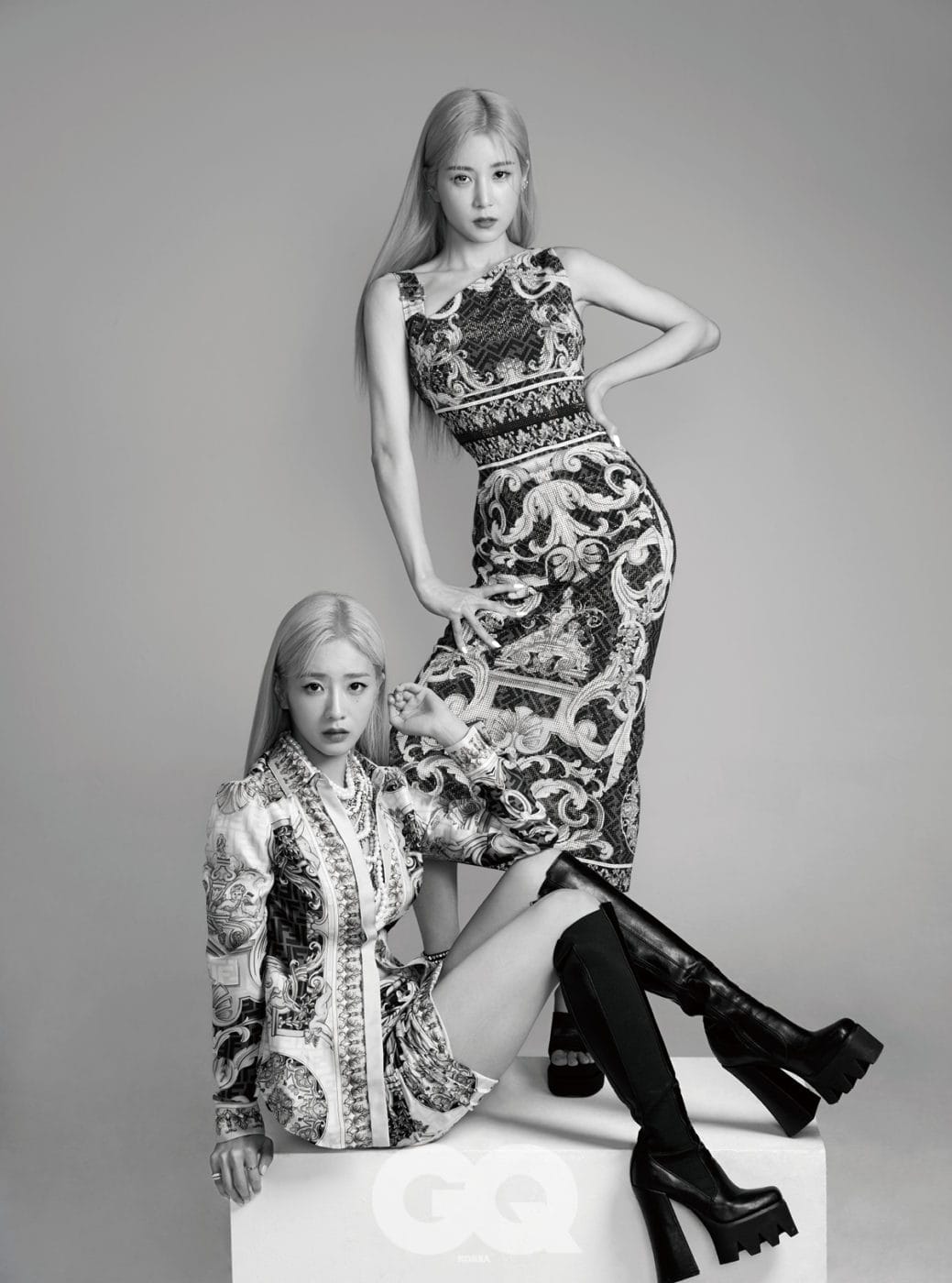 This past April, Apink celebrated their 11th debut anniversary, which is a rare milestone for K-pop groups. The interviewer asked about their driving force to make it this far and Bomi responded, “Our fans. And I can’t forget our members.”

Chorong added, “But right now, it seems obvious to me. I don’t know exactly when this happened, but Apink is both my dream and myself. Since it’s become myself, I feel scared when I think about [Apink] coming apart. I could imagine it. But whenever I think, ‘We’re breaking up?’ I also wonder, ‘Is this possible?’ I want to protect [Apink]. I want to promote for a long, long time, for as long as possible.”

To describe their 11-year careers with one word, Bomi chose “Period of growth.” She expanded, “Thinking about it now, I really think it was like that. Because each day, month, and year were all so hard, I really cried a lot. But at the same time, I think I also learned a lot. Whenever I passed through a difficult period, I gained something new and I had something to show for it. After all that, I’ve become thirty [by Korean reckoning]…and am now a little bit of an adult!”

Chorong shared, “Although it’s not one word, ‘deep-rooted tree.’ I think we’ve taken root quite well. The root that is ‘Apink.’ Since our roots are strong, even if the rain and wind are strong, we endure it well and remain standing. Even if shaken. More than anything, since our members are all growing well, our roots are incredibly strong.” 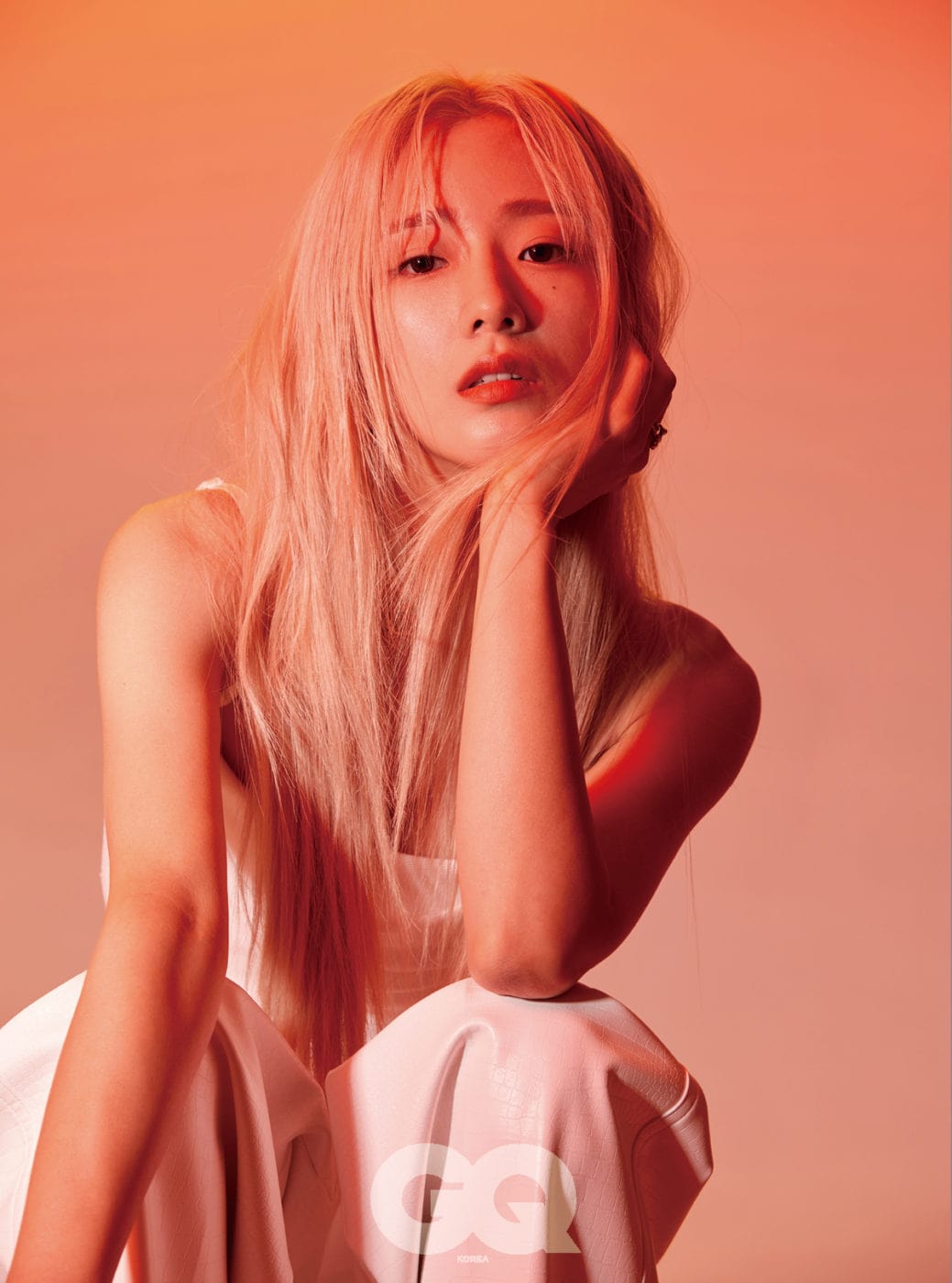 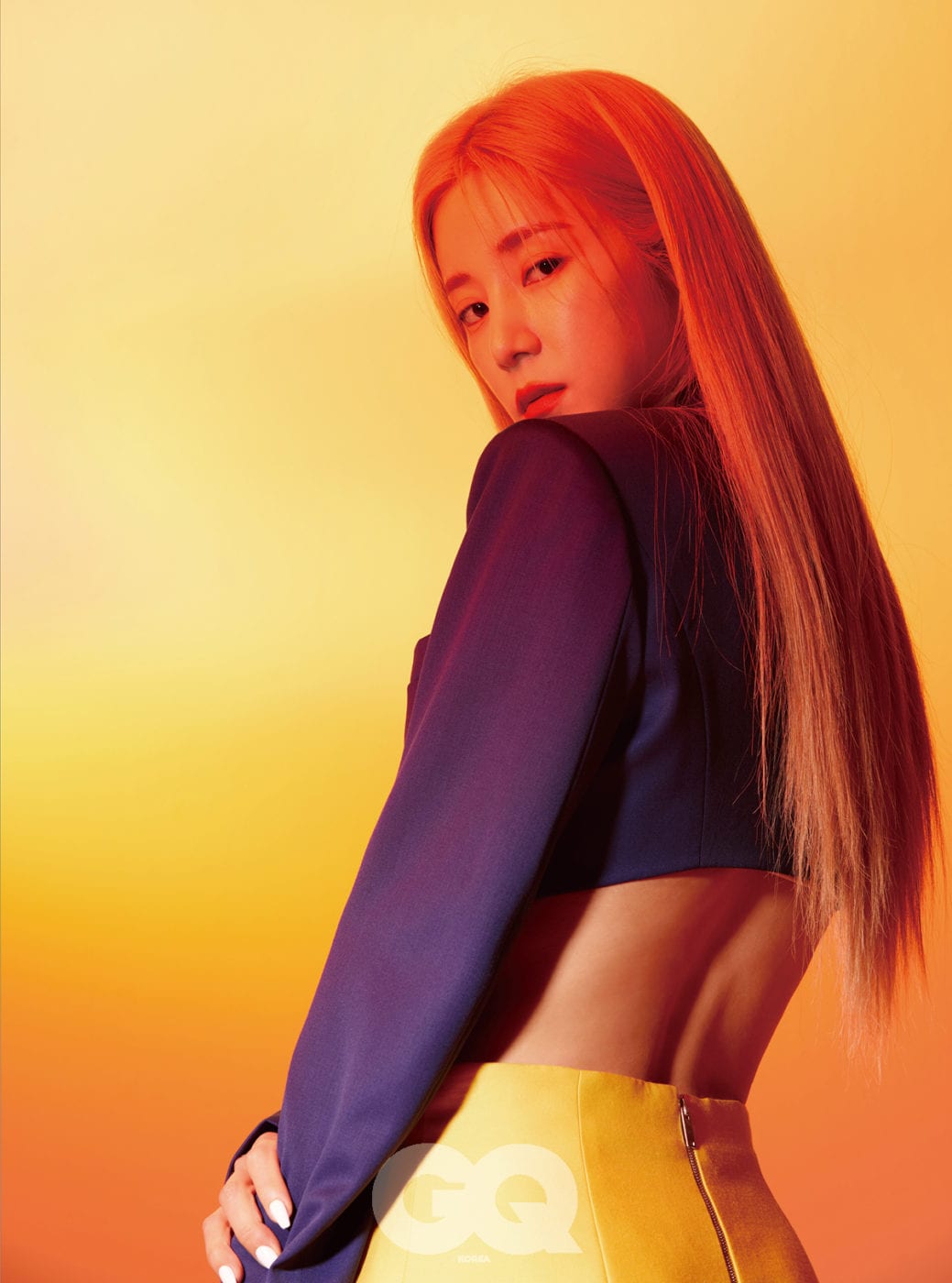 After making their debut 11 years ago, Yoon Bomi and Chorong are gearing up for a new start for the first time in awhile. Despite that, they explained that they still have so much more to show.

Bomi commented, “Is there an end to performances? There’s not even an answer. We’ve constantly tried new things so there’s no problem. As long as we’re having fun and our fans like that image of us, then that’s enough.”

Chorong agreed and added, “I’ve decided to only worry sometimes about whether we always have to be doing something new. More than anything, I want to focus on not losing Apink’s color or what suits Apink best.”

Yoon Bomi and Chorong’s interview and photo shoot will be in GQ Korea’s July issue. Check out CHOBOM’s unit teasers here for their first single album “Copycat” which drops on July 12!

Start watching Yoon Bomi in “Please Don’t Date Him” below!