Based off a novel of the same name, “Joseon Psychiatrist Yoo Se Poong” depicts the story of Yoo Se Poong (Kim Min Jae), a well-known internal medicine doctor who gets expelled from the royal court after being caught up in a conspiracy. Afterwards, he meets Seo Eun Woo (Kim Hyang Gi) and Gye Ji Han (Kim Sang Kyung) in the strange and beautiful Gyesu village and works to become a true doctor who heals the heart.

The newly released posters capture the three doctors of Gyesu village. Yoo Se Poong smiles warmly in his new poster. With outstanding acupuncture skills and a gentle appearance, Yoo Se Poong is a star doctor for the royal family, and he is well-known for being a top doctor. However, the text on his poster reads, “A genius doctor who lost his abilities as an acupuncturist. He feels the pulse of one’s heart,” raising questions about what incident will cause him to lose his abilities. Furthermore, next to his name Yoo Se Poong is the name Yoo Se Yeob in parentheses, making viewers wonder about the story behind his name. 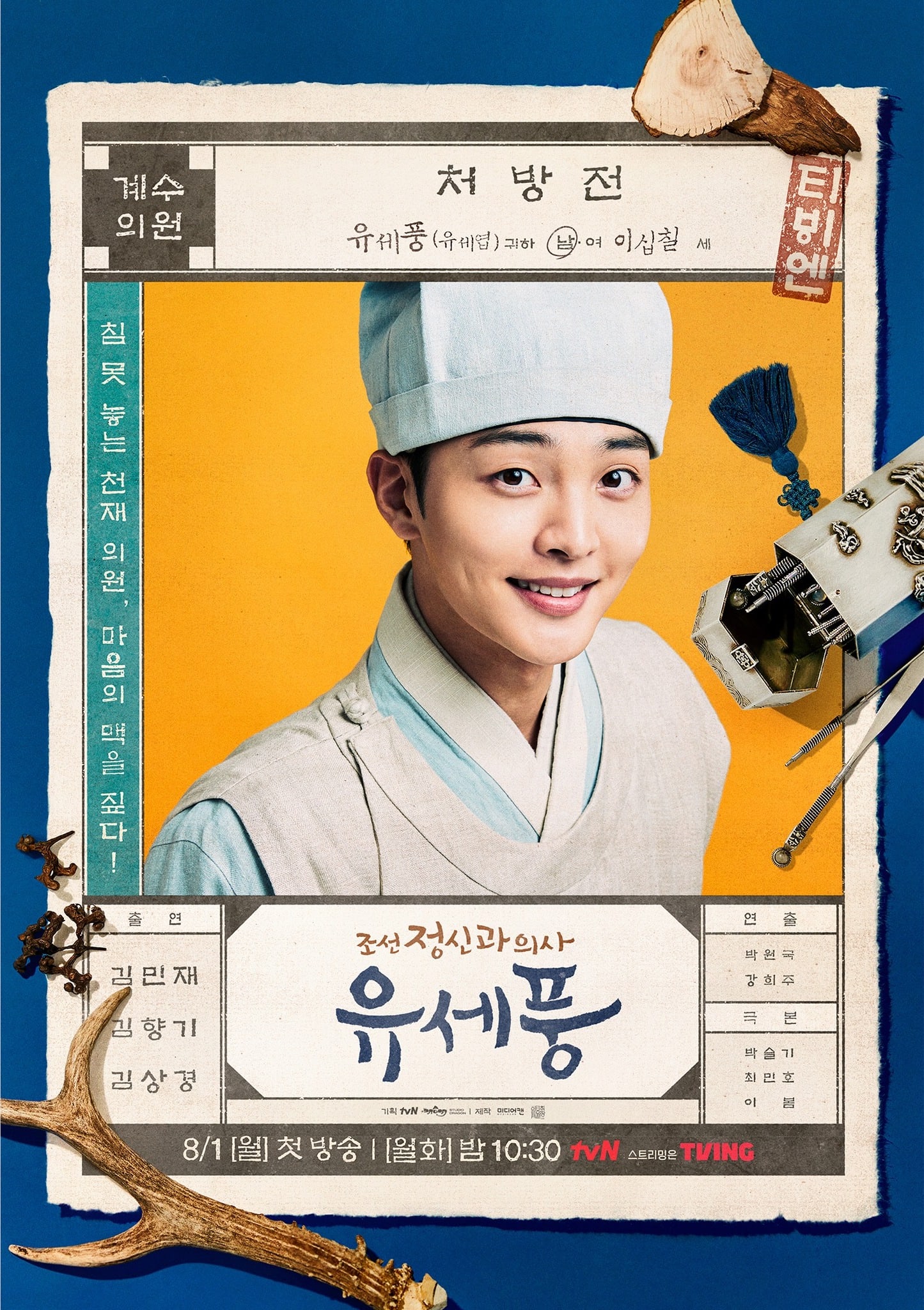 Seo Eun Woo’s eyes shine brightly, filled with dreams and curiosity. The text on her poster reads, “Jack-of-all-trades and unexpected widow Seo Eun Woo, she deduces the stories of those who are heartbroken,” hinting at how she has great empathy for others. After a sudden marriage, Seo Eun Woo becomes in danger of involuntarily becoming a wife who stays virtuous to her deceased husband, but she meets Yoo Se Poong and faces dramatic changes. Viewers are anticipating Seo Eun Woo’s transformation into a doctor who truly heals hearts. 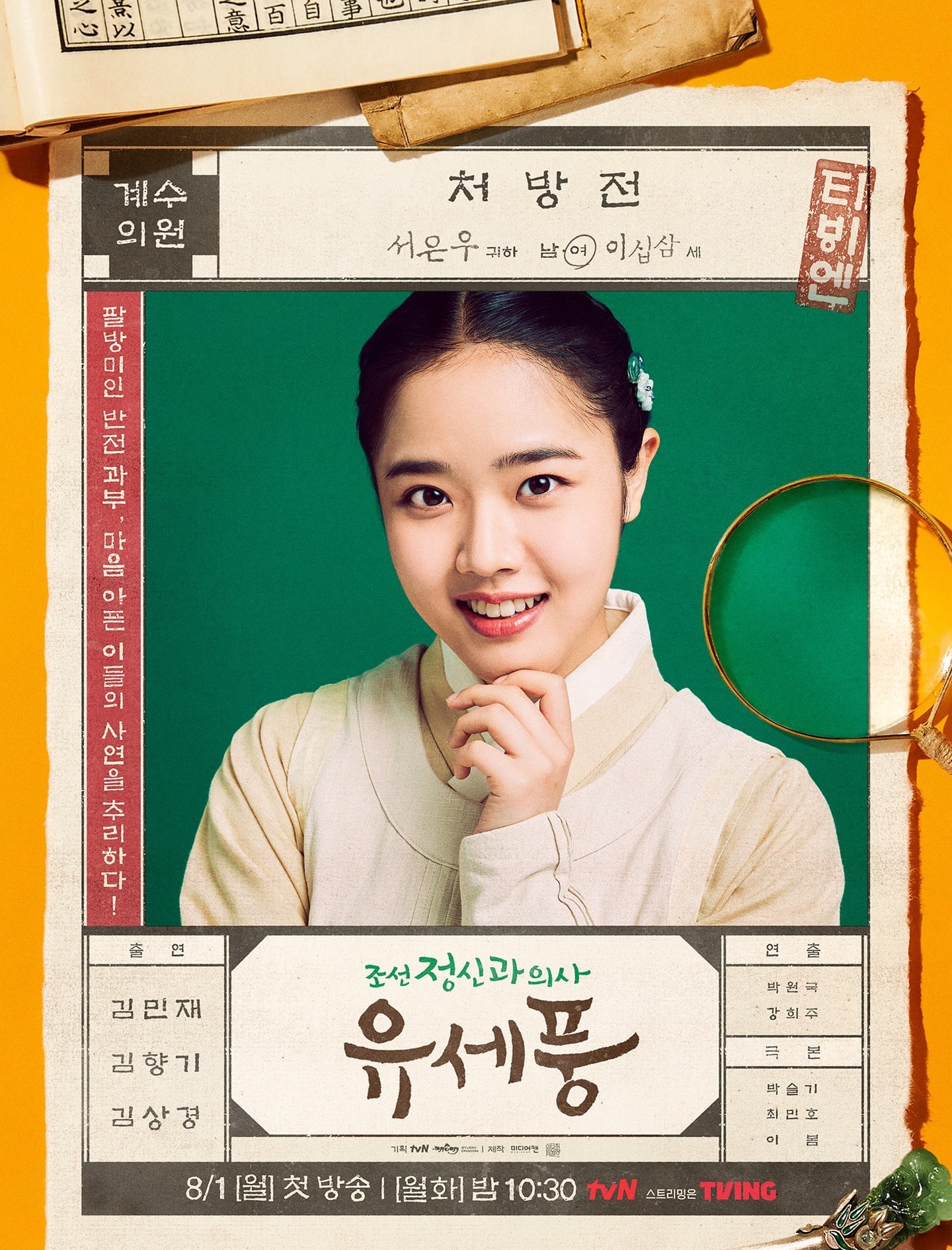 Gye Ji Han exudes great charisma in his poster, revealing a look of dissatisfaction. The liquor bottle and coins on his poster seem to hint at how Gye Ji Han is rumored to be a greedy and eccentric doctor. However, Gye Ji Han’s firm and deep gaze convey his years of experience, and despite his outward appearance, Gye Ji Han is actually a sincere person who eventually becomes a mentor to Yoo Se Poong. The text on his poster reads, “An eccentric and greedy doctor becomes a mentor who looks rough on the outside but is soft on the inside.” 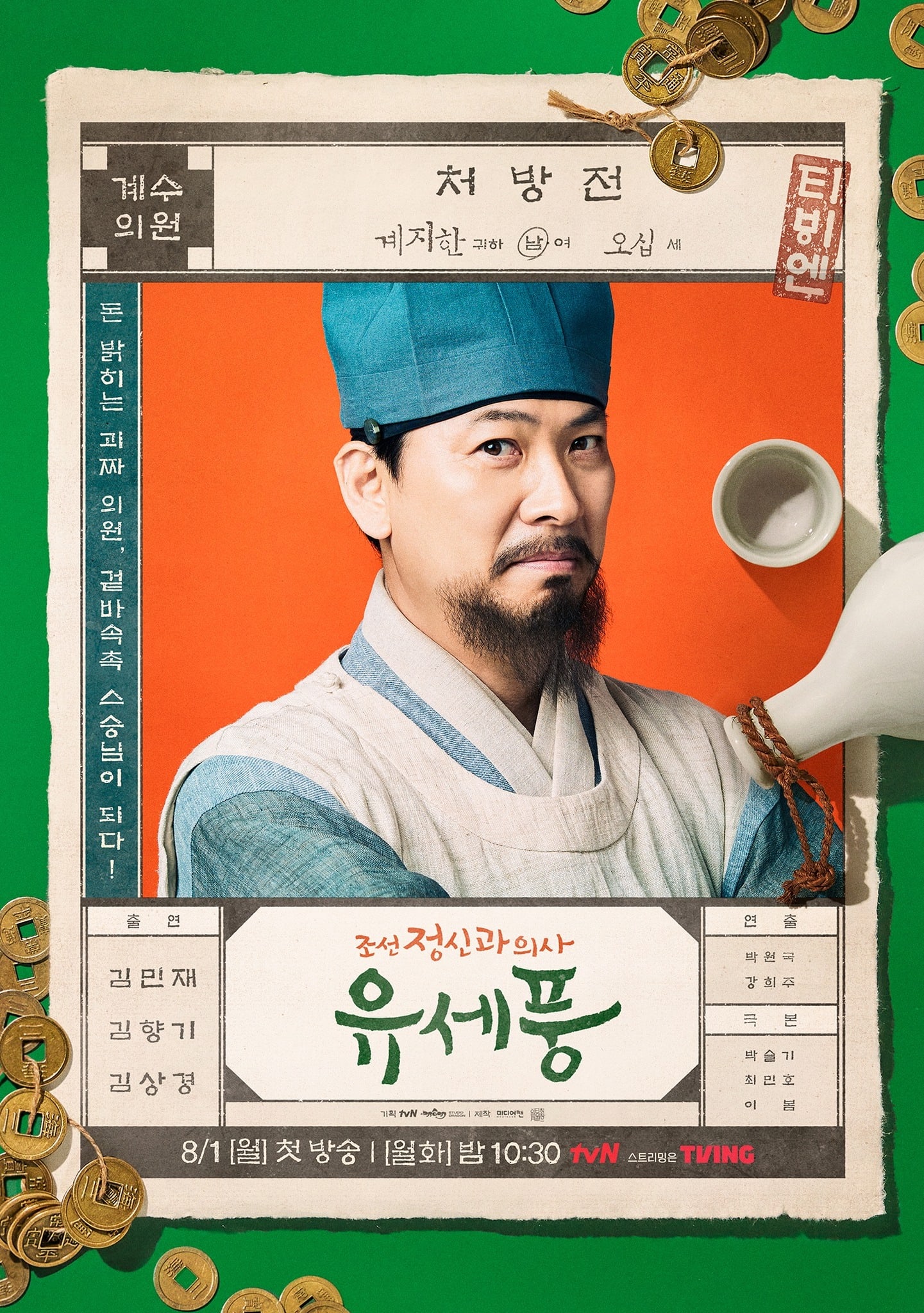 The production team shared, “These three ‘heart doctors,’ who will go beyond treating the wounded body and heart to discover the root cause, will deliver refreshing laughter and healing energy with their outstanding performances. The story of them empathizing with the pain of those who are wounded while delivering comfort and support will be a powerful remedy that is absolutely necessary for this era.”

“Joseon Psychiatrist Yoo Se Poong” will premiere on August 1 at 10:30 p.m. KST. Watch a teaser for the drama here!

Check out Kim Min Jae in “Dali and Cocky Prince” below: