It’s already halfway through the year and the perfect time to look back at all the phenomenal scripts that K-dramaland brought to us so far. There was definitely something in the air in 2022 as there was no shortage of great K-dramas. The scripts, acting, OSTs, and the cast, all came together perfectly for so many dramas, making them all worth the watch. Here are just 11 of the best K-dramas of 2022 so far.

Disclaimer: This list only includes K-dramas that have finished airing by June 31st. Also, list is in no particular order! 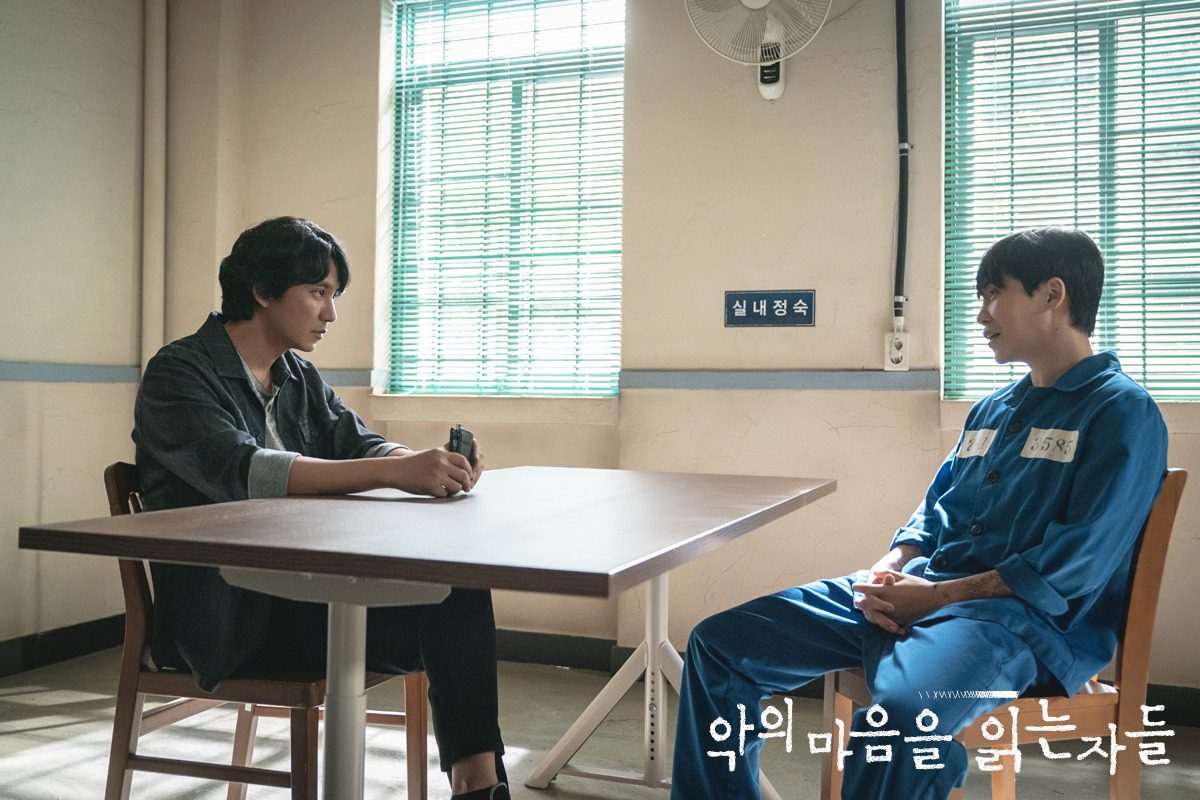 “Through the Darkness” stars Kim Nam Gil as Song Ha Young, a police officer who gets recruited into the Criminal Behavior Analysis team as a result of his brilliant thinking. The series is based on the true story of South Korea’s first profiler, and it takes viewers on a journey into the various homicide cases that he helped solve.

The tone and mood of this series is everything you could ask for in a crime/mystery K-drama. You are constantly trying to figure out who the culprits are and are eager to find out the results. It’s an edge-of-your-seat script with impeccable acting from Kim Nam Gil, which is not a surprise. You will also love that the series is based on true events, which makes it that much more interesting to watch! The way the cases unfold are so powerfully gripping – it’s a definite must-watch for any K-drama lover!

Start watching the drama below: 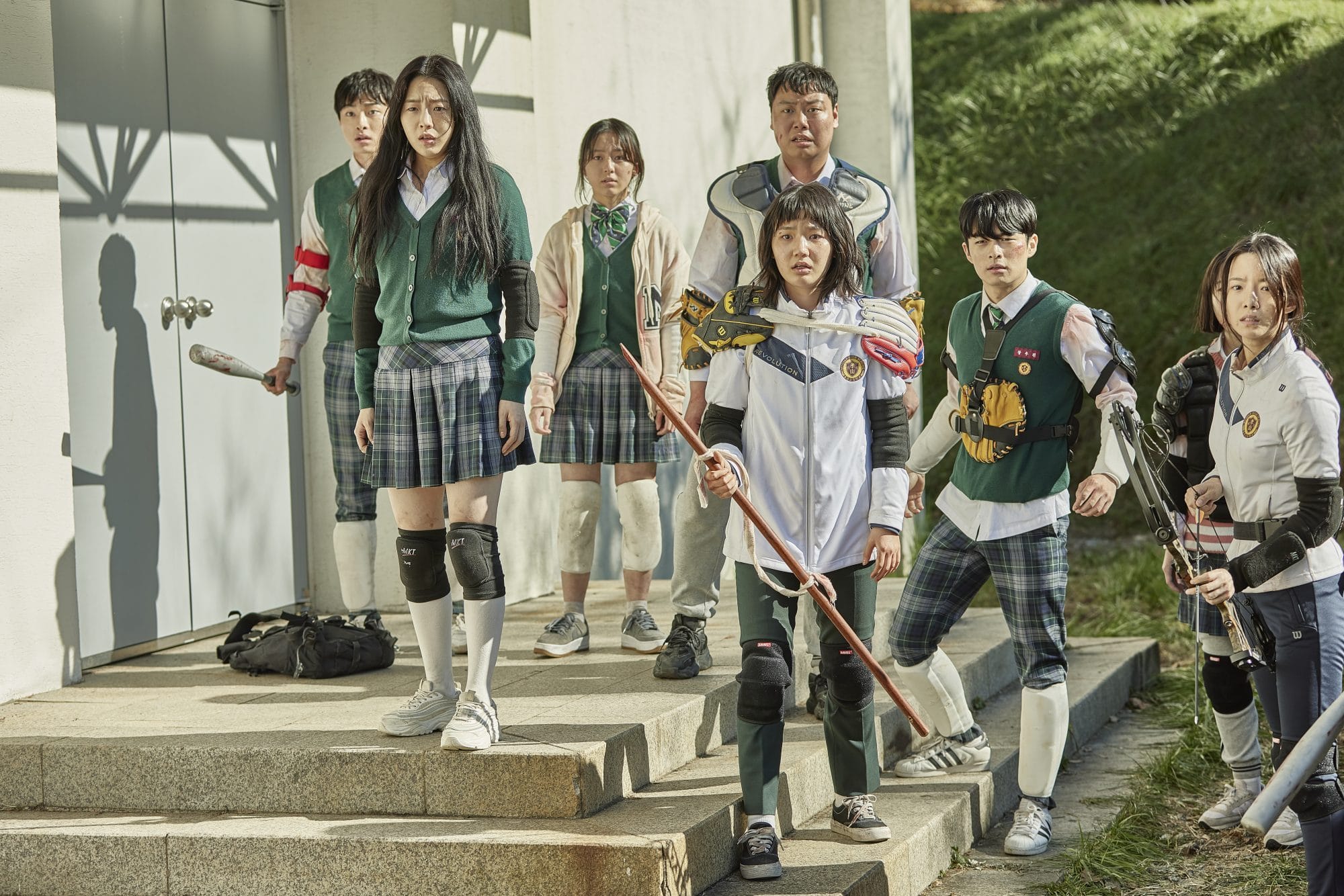 This zombie series begins when a virus breaks out in a high school as a result of a science teacher’s personal project gone wrong. The virus starts off with one student and very rapidly spreads to the other students. Before they know it, they discover that the whole country, and maybe even the world, may be in jeopardy.

This series is an apocalyptic tale that took the world by storm. People felt drawn to the individual relationships and stories of these students, which only made them root for their well-being. And it’s far more than just survival and zombies. It is about love, human nature, and true friendship, with some villains that you can’t help but hate. The series touches on so many levels, and seeing these rookie actors get their spotlight, plus the news about a second season, is so amazing! 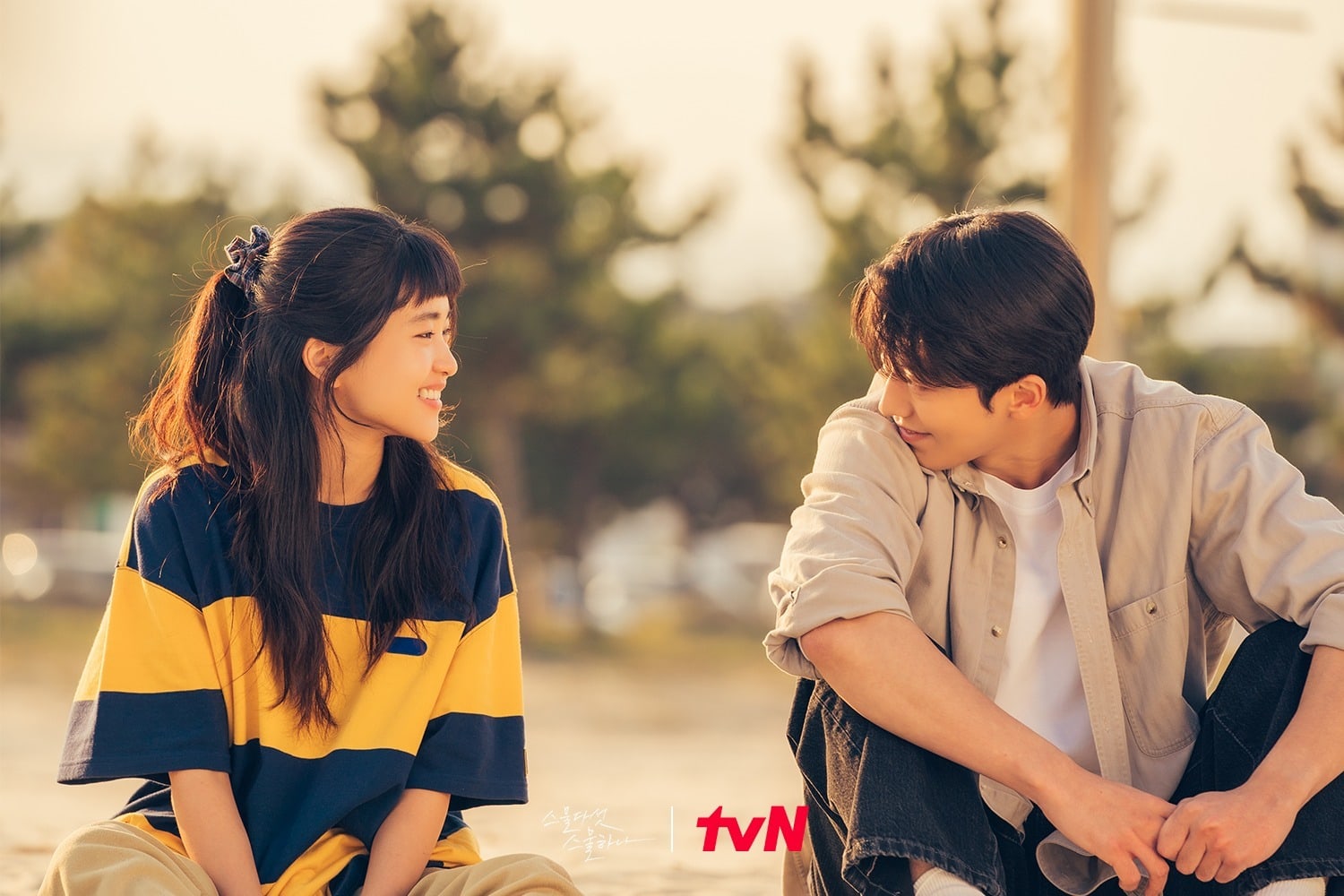 “Twenty Five, Twenty One” stars Kim Tae Ri as Na Hee Do, a high school student who desperately wants to become the world’s greatest fencer. She meets Baek Yi Jin (Nam Joo Hyuk), whose family goes bankrupt but eventually gets a job as a reporter. The two lean on each other for happiness and advice.

“Twenty Five, Twenty One” was one of the dramas in 2022 that managed to capture the hearts of many. People were so invested in the blossoming, innocent romance between Na Hee Do and her first love, Baek Yi Jin. Fans wanted nothing more than the two to be together and were completely rooting for their happiness. The ending caused quite a controversy amongst K-drama lovers, and it will most likely continue to remain a talked-about K-drama for many years to come. 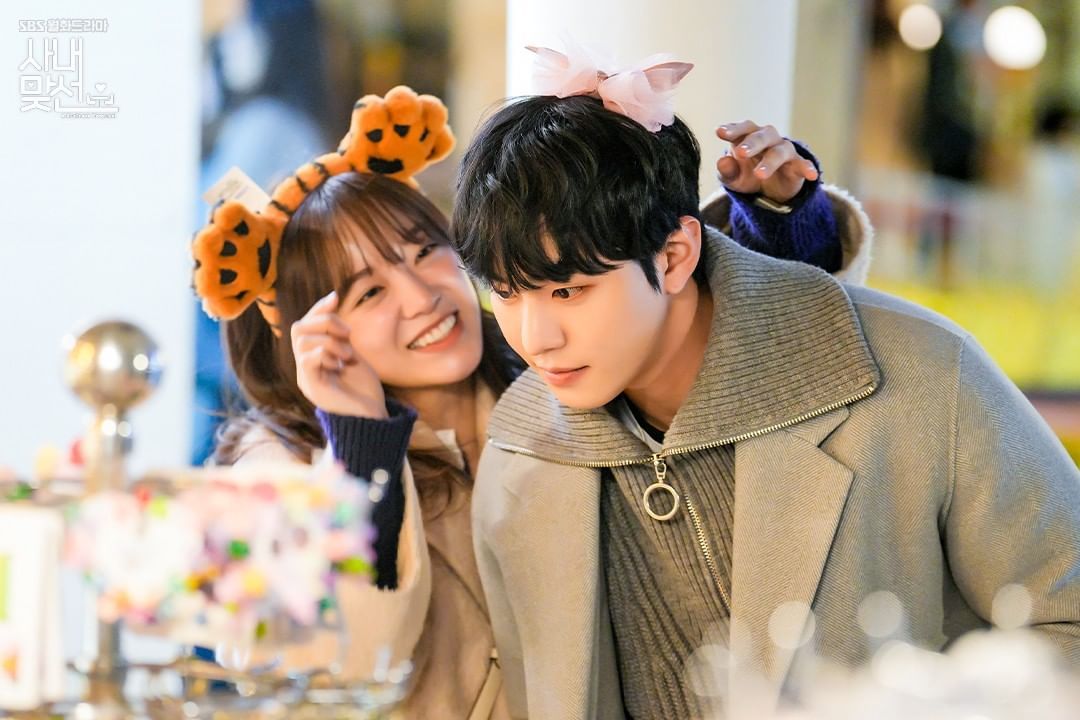 Ahn Hyo Seop plays chaebol Kang Tae Moo, who falls in love with Shin Ha Ri (Kim Sejeong), a woman he meets on a blind date. What he doesn’t know about Ha Ri is that she is stepping in for her best friend who doesn’t want to go on the blind date in the first place. After discovering that he was tricked, he offers Ha Ri an opportunity to be his fake girlfriend for the time being.

There is nothing sweeter than seeing Kang Tae Moo wear his heart on his sleeve for Shin Ha Ri. From the very beginning, we see him completely smitten for Ha Ri, which really makes the series so warm and romantic. His persistent pursuit of her and her affections is the highlight of the series, but when you have the added pleasure of a hot and steamy second couple, played by Kim Min Kyu and Seol In Ah, it’s guaranteed that the series will be worth watching! 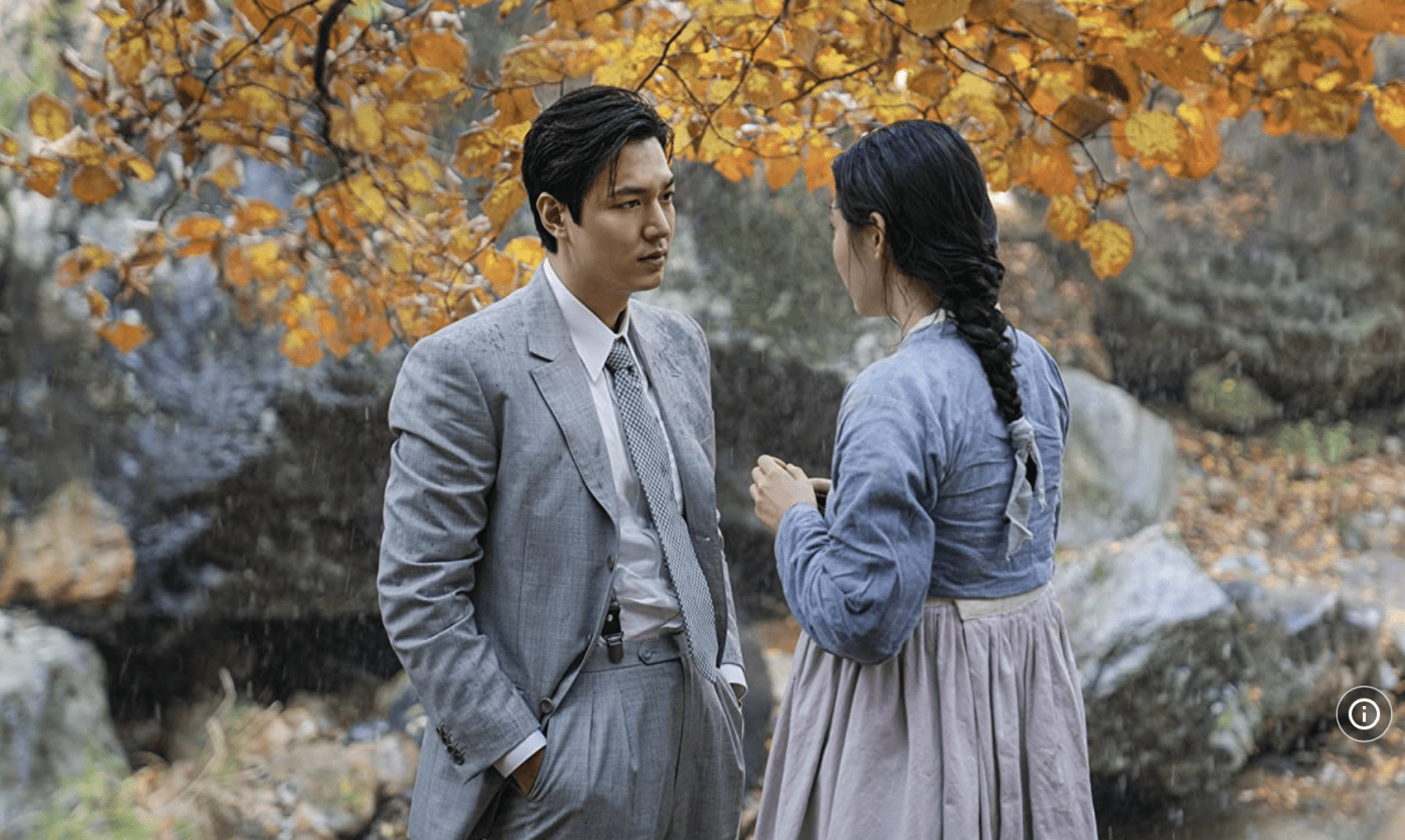 This drama, which features a star-studded cast of Kim Min Ha, Lee Min Ho, Youn Yuh Jung, and Jin Ha, is based on the novel written by Min Jin Lee. The series spans over the lives of three generations.

With all the hype and expectations surrounding the premiere, “Pachinko” did not disappoint. The story touches on many different levels, evoking a strong sense of empathy and understanding of what many Koreans had to endure in the past. The acting chops of Lee Min Ho were impressive as his character is very ambiguous in nature, but it was Kim Min Ha who really stole the show. She was able to show the strong and confident Sunja through her portrayal, and it was riveting. Looking forward to seeing her again in season two! 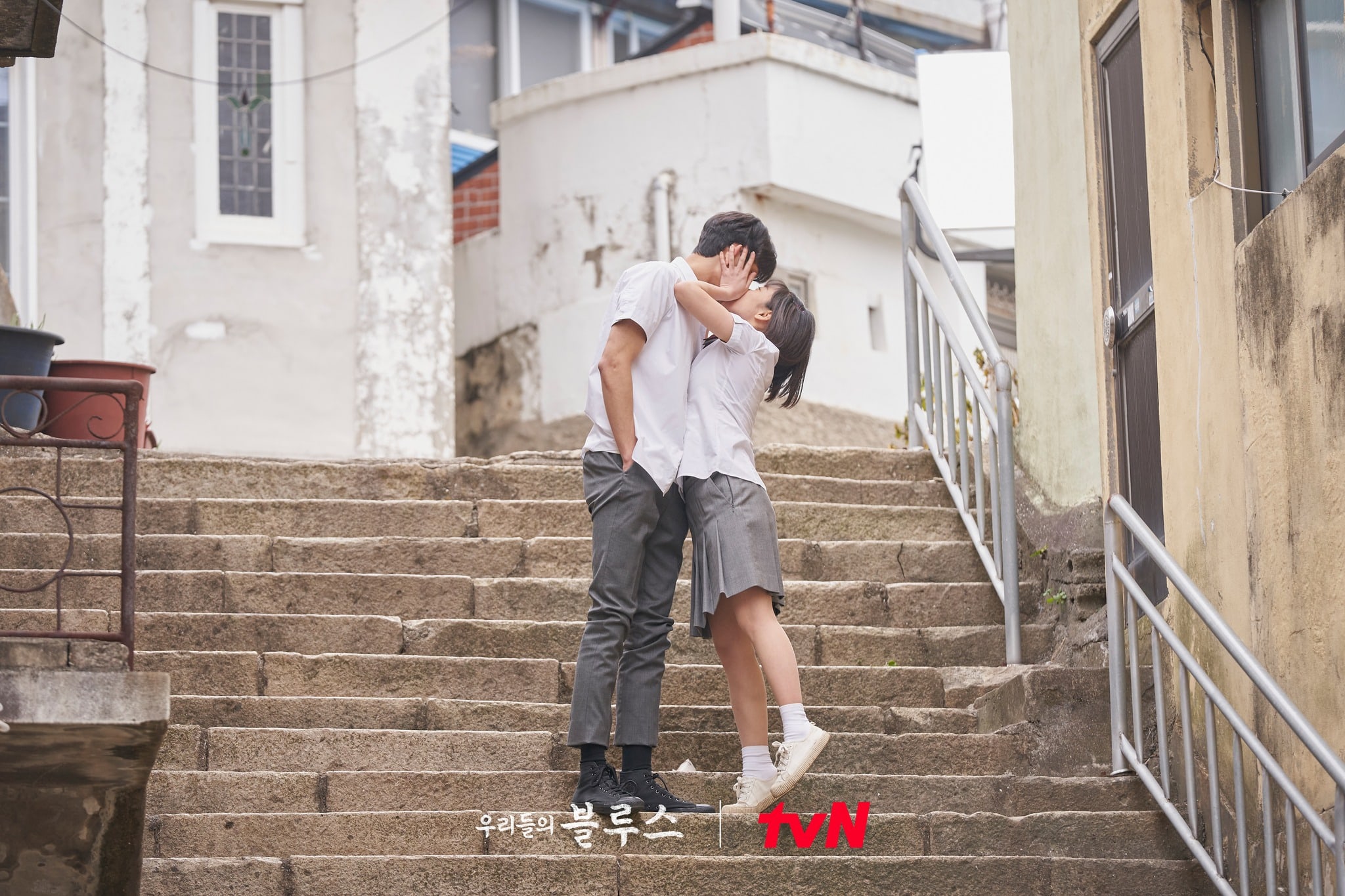 “Our Blues” is a series that stars some very well-known names including Han Ji Min, Kim Woo Bin, Lee Byung Hun, Shin Min Ah, Cha Seung Won, Lee Jung Eun, Kim Hye Ja, and many others. It is set in the beautiful Jeju Island, and it shows the various real-life problems and issues that the characters are going through.

This beautiful series was able to touch the hearts of many with its exposure of various important social issues that are prevalent in not only South Korea, but all over the world. The connection that is shown between the families in a small town creates a sense of comfort and belonging. And the storylines of the various families, who deal with topics like teenage pregnancy, mental health, death of loved ones, and disabilities, create a K-drama that heals and shows that we are not alone. It’s a definite must-watch for any age group! 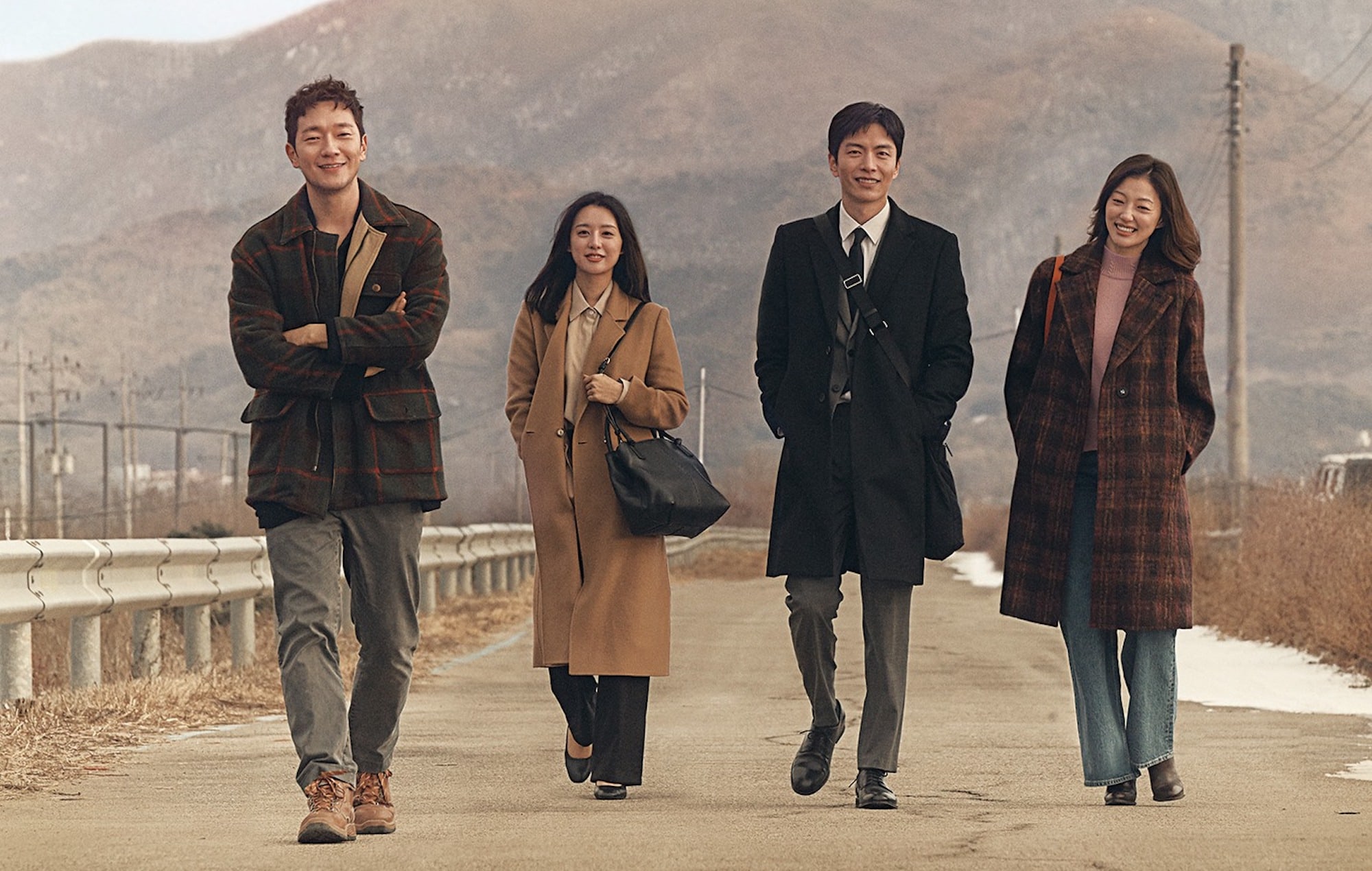 The newest script written by Park Hae Young stars Son Suk Ku, Kim Ji Won, Lee Min Ki, and Lee El. The series focuses on the ordinary lives of three siblings who are trying to figure out their place in the world.

No one could have anticipated the booming success of this slice-of-life series, as Son Suk Ku was able to rise to stardom through his role as the alcoholic and lovesick gangster Mr. Gu. The series was realistic, emotional, and healing all at the same time, which is very hard for a script to do, but Park Hae Young managed to do it all. It is one of the most successful and talked-about series of the year! 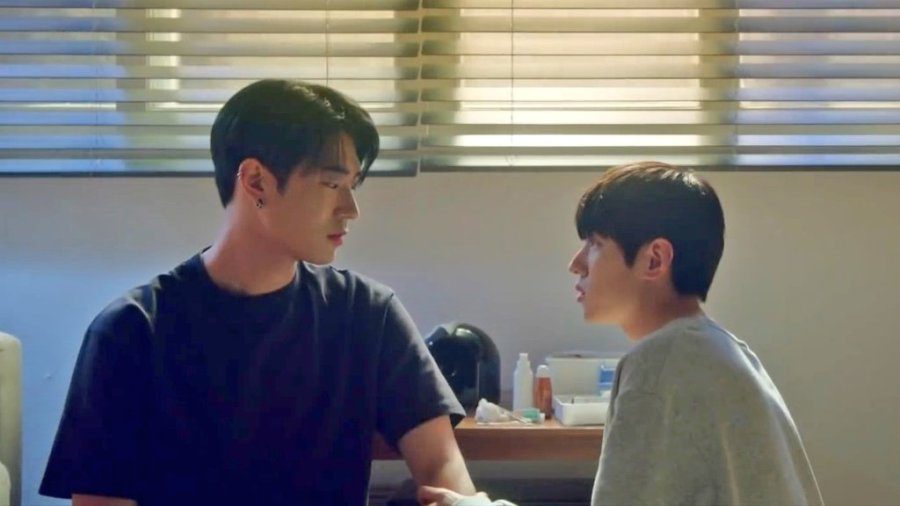 This campus romance stars DONGKIZ’s Jaechan as Chu Sang Woo and Park Seoham as Jang Jae Young. The two students are completely opposite in personality and are rather annoyed with each other when they first meet. But this progresses into a change in their relationship, involving some very intense feelings and romance.

There’s something about this BL drama that won over the hearts of many. The series is based on the popular web novel, webtoon, and animation series, so the expectations were incredibly high! The tension between Jae Young and Sang Woo was filled with so much angst, and there was a consistent hope that the two would realize their feelings. The true highlight of this series was seeing rookie actors Jaechan and Park Seoham being able to convey so much emotion through their roles – it makes you look forward to seeing their next project!

Check out the first episode: 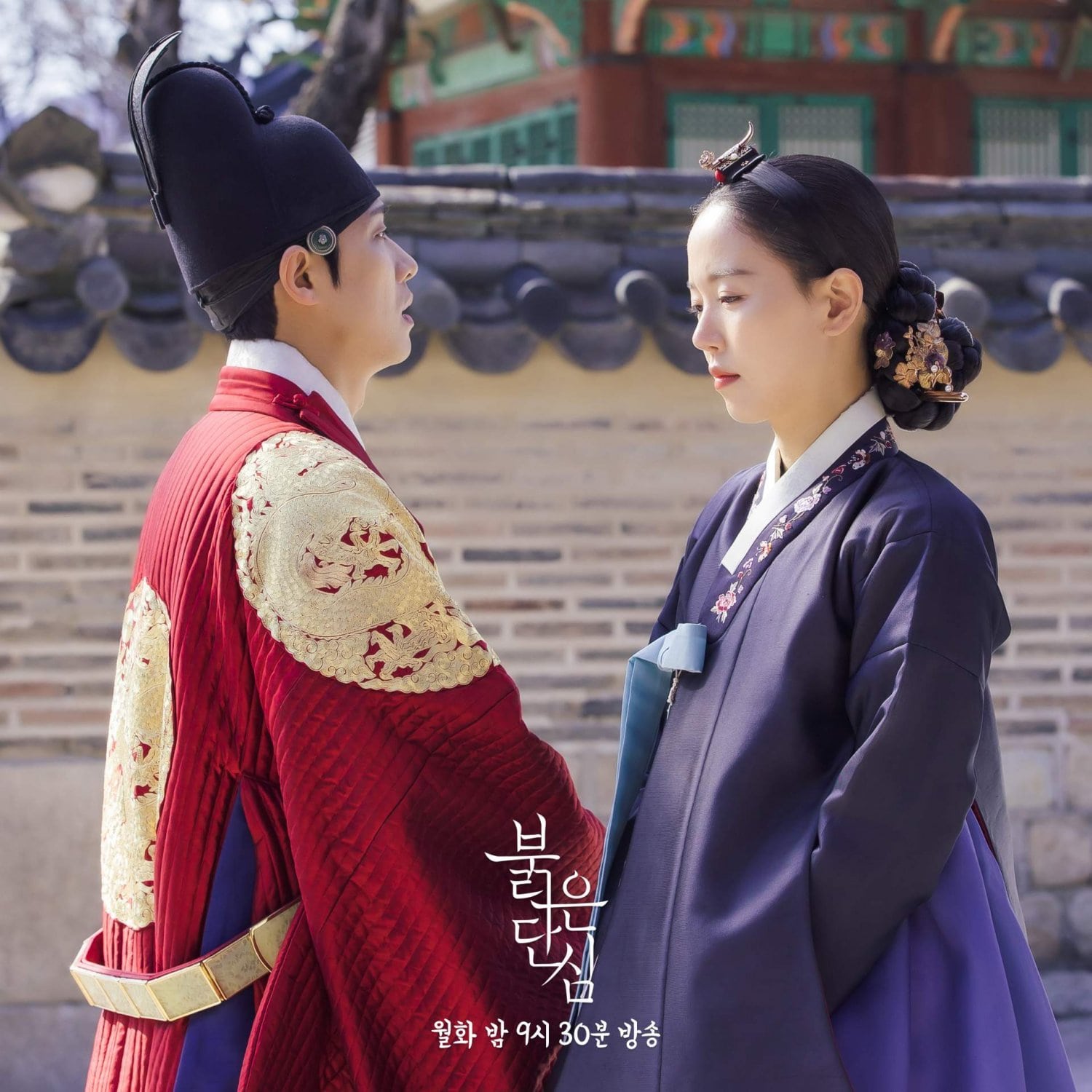 Starring Lee Joon as King Lee Tae and Kang Han Na as Yoo Jung, this historical series is about their love for each other despite their inability to be together. There is also a political battle involving Park Gye Won (Jang Hyuk) and Lee Tae that is at the forefront of the series.

The vehemence and the distress within this series is so high that it’s almost impossible to not binge watch it. There is a lot going on which keeps viewers completely invested and engrossed in the storyline and outcome. On the one hand, there is a constant war within the king’s walls between Park Gye Won and Lee Tae. And on the other hand, there is a beautiful and harrowing love story between Lee Tae and Yoo Jung. The two storylines provide such a masterpiece of a story that you won’t be able to resist. 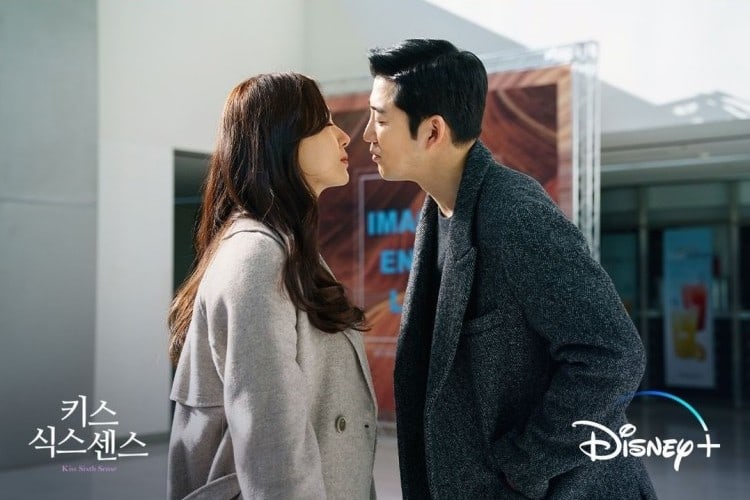 Seo Ji Hye plays Hong Ye Sool, a woman who has the ability to see the future with a kiss. She happens to trip and kiss her boss Cha Min Hoo (Yoon Kye Sang) and sees that they become romantically involved. The only problem is, she can’t stand her boss!

Based on the hit web novel written by Gatnyeo, the actors did a great job bringing the text to life. Seeing Seo Ye Ji and Yoon Kye Sang light up the screen with their intimate and passionate scenes sparked some intense butterflies, and it made the fact that the series is only 12 episodes so disheartening! The love triangle with Kim Ji Suk is also one of the best this year. He was able to win viewers over with his relentless heart and adoration for Ye Sool. This gem cannot be missed! 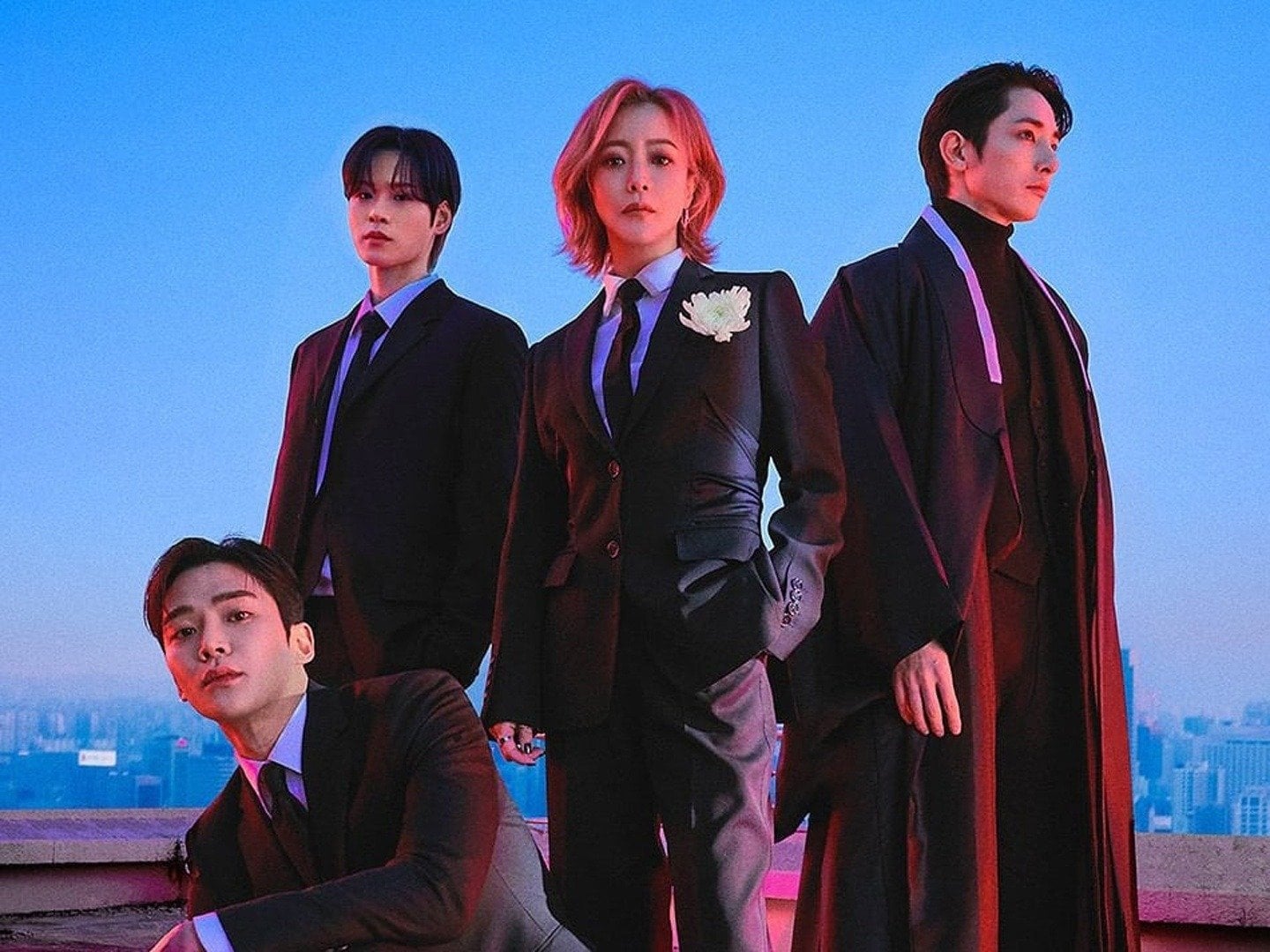 “Tomorrow” is based on the hit webtoon series of the same name. Starring SF9‘s Rowoon as Choi Joon Woong and Kim Hee Sun as Goo Ryun, the series is a fantasy healing drama where a team of grim reapers band together to try and save the lives of people who are contemplating suicide.

This series is not what it seems at first. In the first few episodes, it’s easy to think that it is a light-hearted story about a maknae grim reaper played by Rowoon, but it’s far more than that. The series deals with some serious and intense issues about mental health, loss of hope, darkness, and suicide, which are all topics that people can relate to. It’s a very much needed story for those who think that life can get too hard to manage alone. Just don’t forget to have tissues on hand – it’s an intense tearjerker!

Hey Soompiers, which K-drama of 2022 was your favorite so far? Let me know in the comments below!

Currently watching: “Why Her?,” “Eve,” and “Yumi’s Cells 2”
All-time favorite drama: “Secret Garden” and “Star In My Heart.”
Looking forward to: Won Bin‘s return to the small screen.