“Mimicus” is a new drama about students at an arts high school trying to prove that they’re the “real deal” amidst a culture where mimicking one another is the norm.

B.A.P’s Yoo Young Jae will star as Han Yousung, the frosty son of a wealthy family who seems to have grown up in a bubble, but is secretly itching to showcase his hidden talents. Han Yousung unexpectedly gets swept up in a strange rumor that he has been copying fellow student Ji Subin (played by Kim Yoon Woo), a famous trainee who is also the son of an entertainment company executive.

The newly released character poster highlights the swirling rumors that Han Yousung has been imitating Ji Subin, marking the former student’s yearbook photo with the caption “MIMIC?” and the latter’s with “ORIGINAL?”

woo!ah!’s Nana’s character Shin Dara—an adorable YouTuber who wants everyone to like her—is tagged “CUTE,” while Jo Yu Ri’s lonely character Oh Rosi is tagged “IDOL,” a reference to her position as center of the girl group ICE. 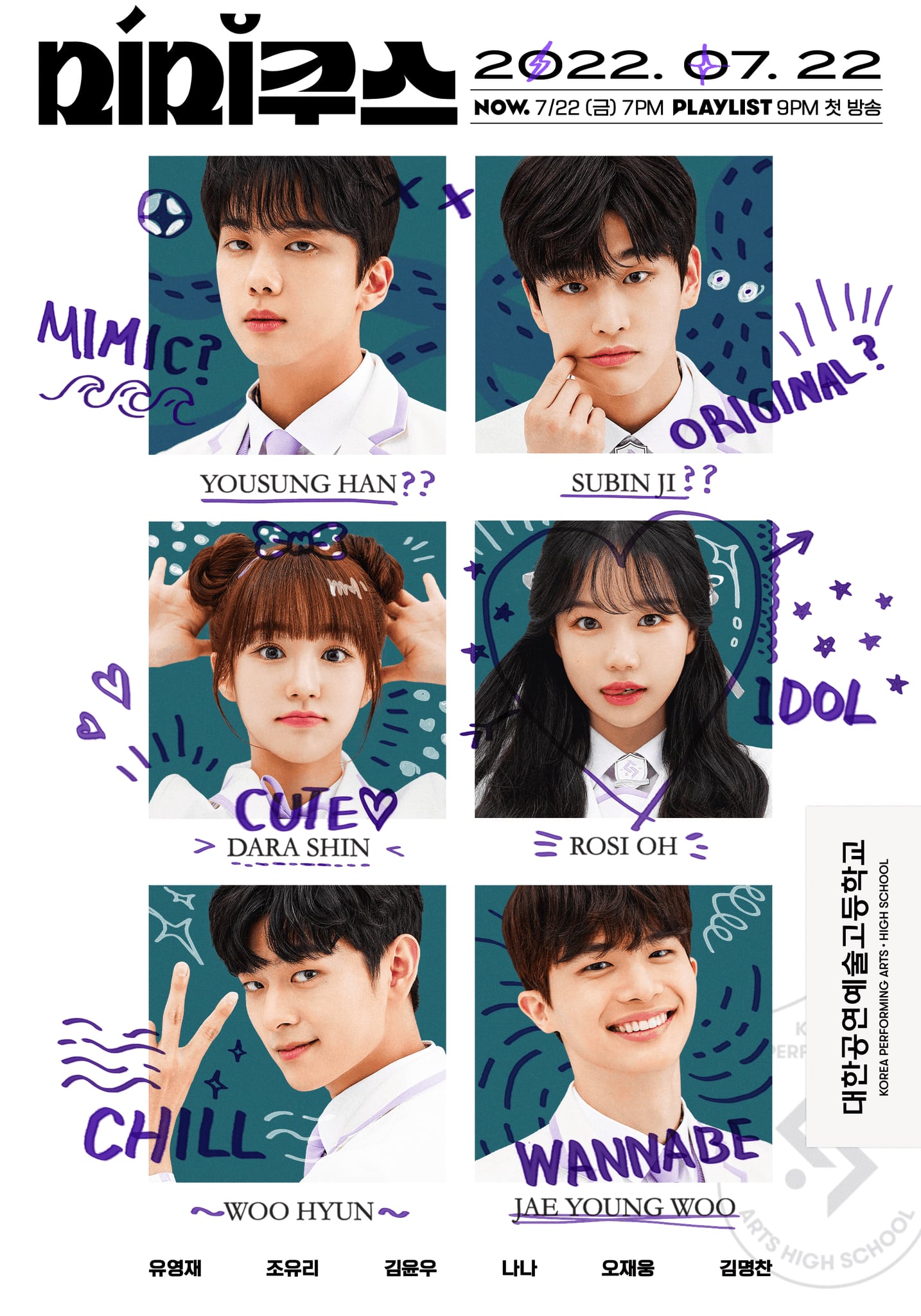 “Mimicus” premieres on July 22 and will be available with subtitles on Viki.

In the meantime, check out a teaser introducing main character Han Yousung below!