Watch: Seo Hyun Jin, Hwang In Yeop, And Bae In Hyuk Share Jokes And Laughter Behind The Scenes Of “Why Her?”

SBS’s “Why Her?” shared a behind-the-scenes look at the drama!

“Why Her?” is a mystery romance drama starring Seo Hyun Jin as Oh Soo Jae, a cold-hearted lawyer who has grown empty after only chasing success, and Hwang In Yeop as law student Gong Chan who would do anything to protect her.

In the first clip, Seo Hyun Jin and Hwang In Yeop film some scenes at the harbor. They enjoy waving to some children down below, getting the idea to wave back at the kids to start the scene. When the staff bring over a number of boxes to help Seo Hyun Jin appear taller, she gets excited at the prospect of choosing one, and afterwards she good-naturedly takes pictures with the children from earlier.

Back at the legal clinic, the atmosphere is bright as the cast members are unable to hold back laughter at the comedic scene. Lee Jin Hyuk doubles over at the exaggerated sound that Kim Jae Hwa makes. In between practicing lines, Kim Jae Hwa once again livens up the set as she begins singing. She then jumps straight back into her lines, which elicits surprised laughter from Lee Jin Hyuk. He turns to the camera and reassures, “These are her lines, don’t worry.” 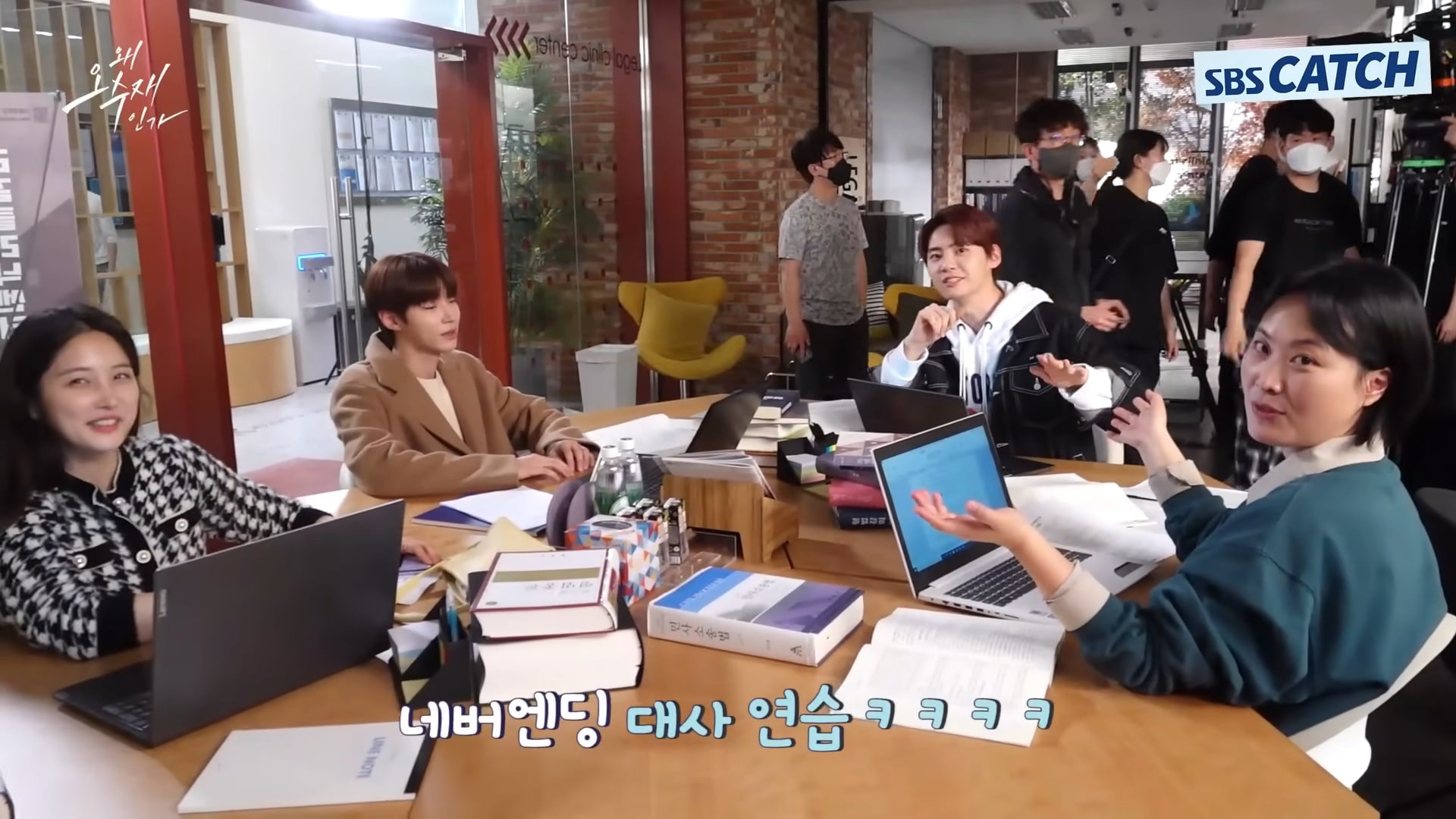 As night falls, Bae In Hyuk joins Seo Hyun Jin and Hwang In Yeop on the rooftop. After filming a serious conversation, Hwang In Yeop wonders, “What time is it? Aren’t we finishing too early?” Seo Hyun Jin eyes him with a look of betrayal and flings her hand warmer in his direction.

The trio sit around a table as they discuss what appears to be an important choice: Would they rather wear a T-shirt in freezing weather or a parka in sweltering hot weather? They turn to the staff members, who sigh in resignation. Lee Jin Hyuk muses, “A T-shirt and shorts in freezing weather would be tough. Your body would hurt.” Hwang In Yeop adds, “Your arms and legs would disappear.” Seo Hyun Jin counters, “Wearing a parka in hot weather wouldn’t be easy either.”

Check out the full making-of video below!

Catch up with the drama below!