On the July 9 episode of JTBC’s “Knowing Bros” (“Ask Us Anything”), Bomi acted out a skit in which the cast members and other guests took turns pretending to be her boyfriend.

When it was Heechul’s turn to play the part, Bomi mentioned that they had been dating for seven years now (in the world of the skit), and he replied, “That’s right, it’s time for us to get married.” He went on to ask, “But darling, when are we getting married?” Bomi replied, “You have to propose, honey.”

Heechul then took the reality of the situation up a notch by mentioning that his parents wanted him to get married in real life. “My mom is watching this [show] right now,” he said. “My mom and dad told me to get married for real within the next year.”

Thinking he was still acting out the skit, Bomi replied in character, “Oh, really? Should we get married next year?” Heechul then clarified, “For real,” but Bomi misunderstood and agreed, “Let’s get married for real!”

Putting the skit on hold, Heechul suddenly interjected, “No, outside of filming for this show, are you really going to marry me? For real! My mom and dad are watching this right now. For real.”

After cracking up in surprise, Bomi jokingly responded, “I need to get married for real, too.” 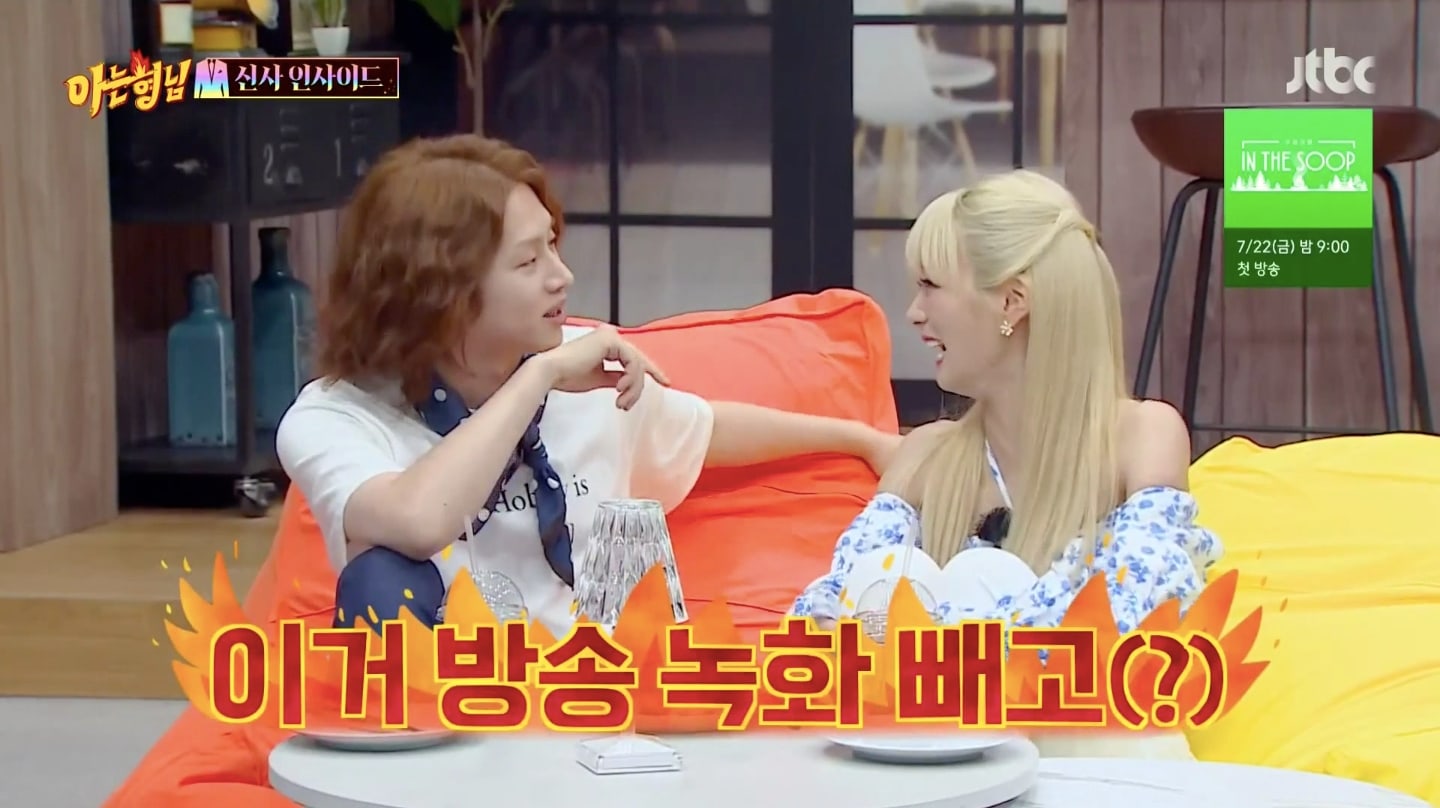 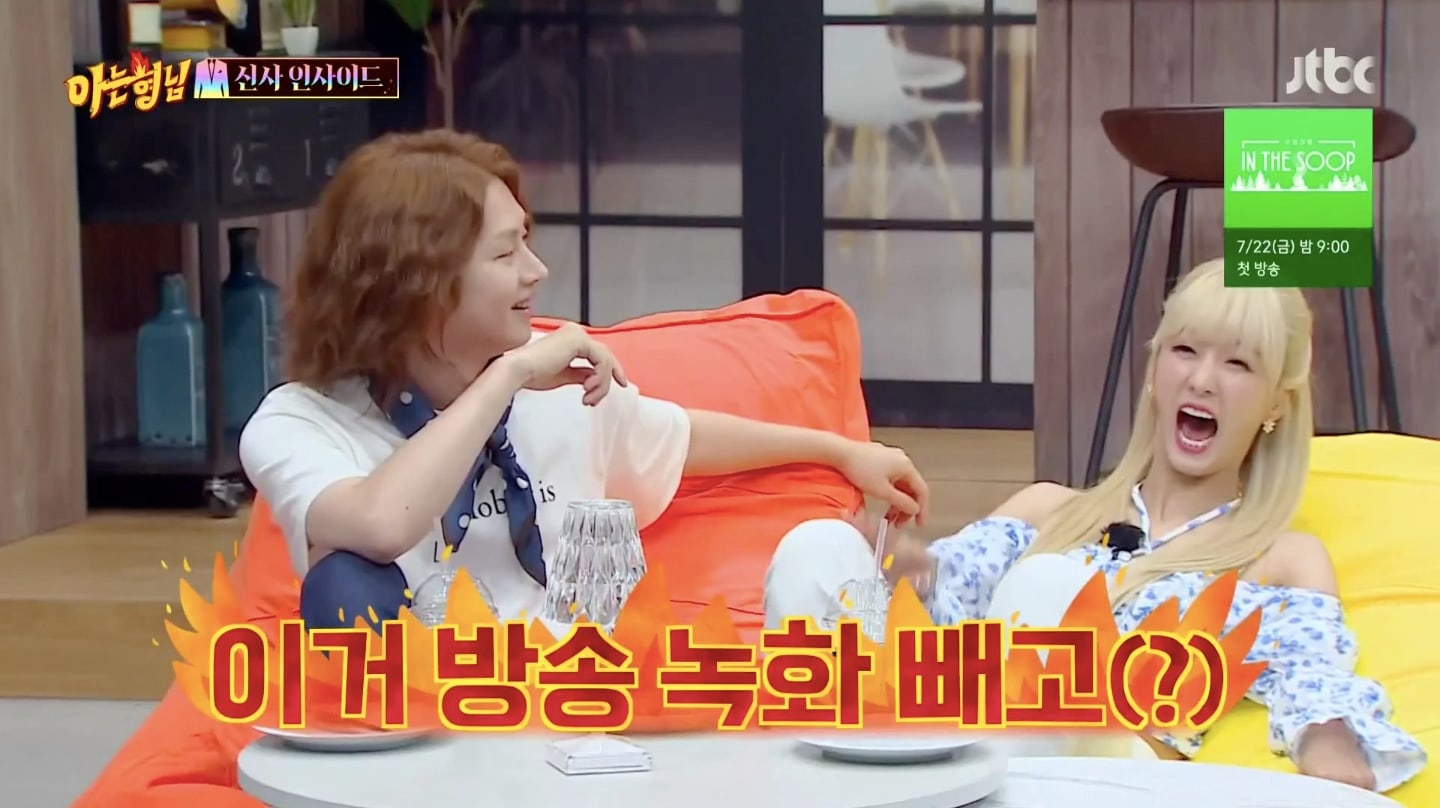 Later on in the skit, Bomi complained that the new paint smell in her fictional apartment was too overwhelming, asking Heechul for advice on whether she should leave the door open or not.

Heechul replied by playfully declaring, “Then I guess you’ll need to move in with me,” before adding a dose of reality to the situation by referencing the new luxury multi-billion won apartment he bought earlier this year.

“You must not have seen the articles about the new house I bought,” he boasted. “I told you, my parents really think I’m getting married.” 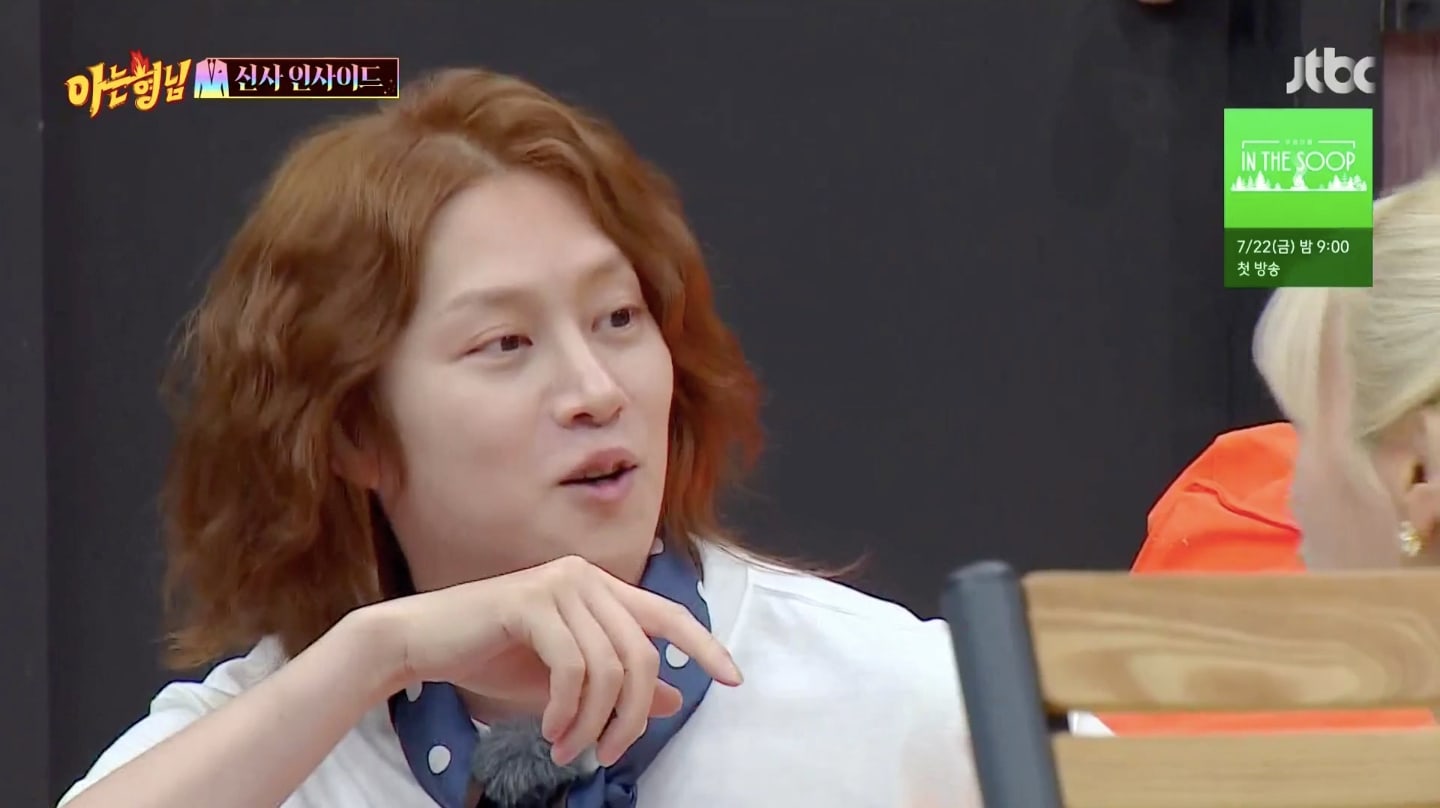 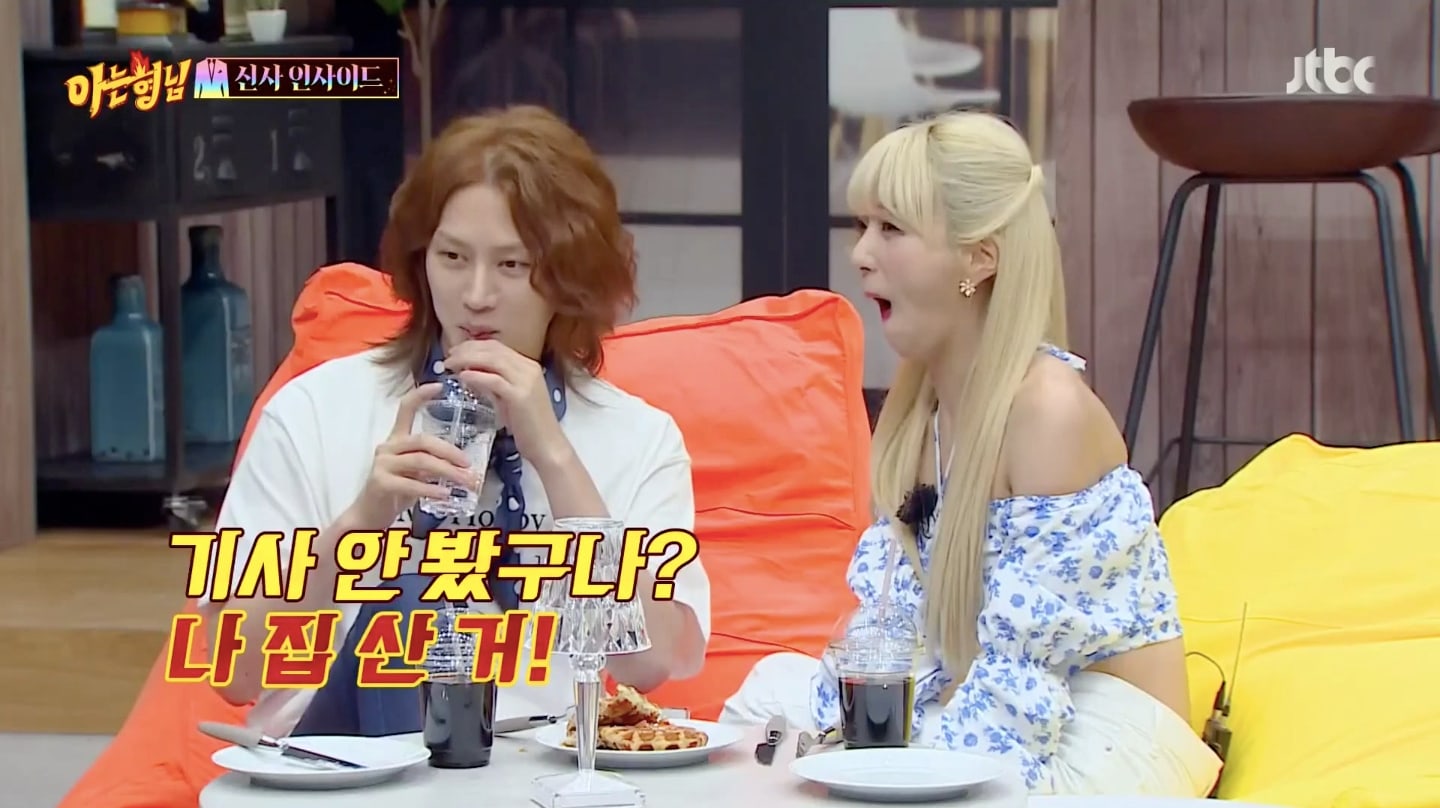 Meanwhile, when it was actor Ji Hyun Woo’s turn to play Bomi’s boyfriend in the skit, he impressed everyone by serenading her with a live-band cover of Apink’s real-life song “Mr. Chu.”

Check out the clip of Ji Hyun Woo’s adorable rock cover of Apink below!

…and watch Ji Hyun Woo in his hit drama “Young Lady and Gentleman” below!